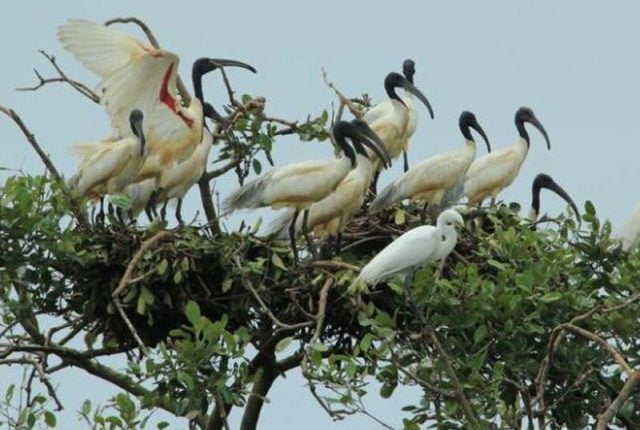 Kendrapara: The Bhitarkanika National Park in the district is now buzzing with colours and sounds of native birds who have started arriving in large number.

According to official sources, about 40,000 native birds have flocked Mathaadia and Laxmiprasaddiha forest areas of the park and started nesting.

During monsoon every year, the birds arrive here in thousands and return home by the end of October with their babies. Rajnagar Forest Department has deployed officials to protect the winged guests and their nests.

Earlier, these birds used to congregate in the inner sanctuary of Bhitarkanika. Bagagahana was their favourite destination in the park.

However, they have changed their temporary homes and have been visiting Mathadia and Laxmiprasaddiha for the last 5-6 years.