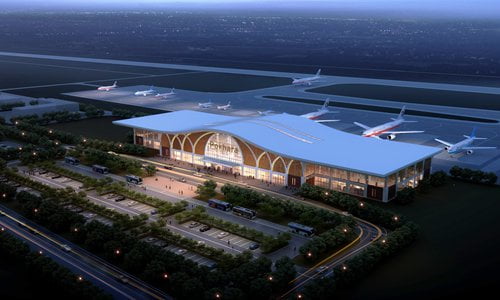 South Block has a dilemma. There is concern over the game-changing, multi-billion-dollar investments China is making in transport infrastructure in India’s neighbourhood, as if it were a garland of Yuan currency around India. The investments are in the shape of roads, airports, deep-sea ports, railways, roads, and bridges. (This is besides investments in other areas like banking and telecommunications.)

Take, for instance, the ports the Chinese are building in the South Asia region – from Hambantota in Sri Lanka to a port in Myanmar’s Kyaukpyu town along the Bay of Bengal, to financing a container shipping facility in Chittagong, Bangladesh to Gwadar Port in Pakistan. (There is also a naval base on the anvil in the Marao Atoll in the Maldives.)

If Nepal had a coastline, it surely would have signed for a seaport by now.

But Nepal has welcomed Chinese investments in other sectors – the scenic ‘Friendship Highway’ that connects Lhasa in Tibet with its border with Nepal is soon to extend through to Kathmandu. Then there is the Gautam Buddha International Airport in tourism-hotspot Pokhra, West of Kathmandu. China has also built a runway and taxiways at Kathmandu’s Tribhuvan International Airport.

Nepal’s Minister for Culture, Tourism and Civil Aviation Yogesh Bhattarai said at the airport’s inauguration, “The project has not just strengthened Nepal’s only international airport and aviation sector, but has also strengthened the bilateral relations between Nepal and China.”

Politicians in Nepal have a joke going around these days – who will Prime Minister K P Sharma Oli anoint the country’s first railway minister since the Chinese railway line that will link Kathmandu with Shigatse, Tibet, crossing the China–Nepal border is becoming a reality with every passing day. This, even as Nepal’s other railway line in Southern Terrai, built by India to connect Jaynagar in Bihar to Janakpur (Nepal) has been in disuse because the railway ministry in New Delhi is not interested.

For over five years, mandarins in South Block were obsessed only with the Gwadar International Airport that the Chinese government had invested in Pakistan. Things are now very different.

In April, the Civil Aviation Authority of Bangladesh (CAAB) signed an agreement with Beijing Urban Construction Group Ltd for the construction of a new terminal at the Sylhet Airport, North-east of Dhaka. This comes after the Chinese signed a deal with former Sri Lankan President, Mahinda Rajapaksa to build the Mattala Rajapaksa International Airport (MRIA) to serve southeast Sri Lanka.

Privately, officials speak about India being rendered friendless in the region. Indian investments in the region have been too slow to see the light of day. China, on the other hand, has made soft-but-sure-and-swift-footed moves. An instance that officials cite is how the Chinese built a bridge connecting the Velana International Airport to Male. For decades, the airport was connected to the capital city Atoll by diesel-engine propelled boats that ferried international passengers. The bridge gave the city’s residents a reason to believe theirs was a truly twenty-first-century airport connection.

The building of this infrastructure is also called China’s string of pearls.

But for the naval-port investment in the Maldives, none of these investments are militaristic in nature. They are strategic. China is investing in the same countries the Modi government has put off – mainly, India’s neighbourhood. On a bad day, China can ask the countries in the South Asia region to pressurise New Delhi, not necessarily with military might, in case India has a confrontation with Pakistan. That is the fear.

India’s only source of solace is Bhutan, which has no diplomatic relationship with China. But here too, China is using its money power – Chinese tourists have brought the Dragon kingdom much needed foreign exchange and the lure of the lucre, the Chinese think, will prod the landlocked country to begin talks with China, especially over the Doklam plateau that has been a contentious bit of land in the region. Remember the Doklam stand-off?