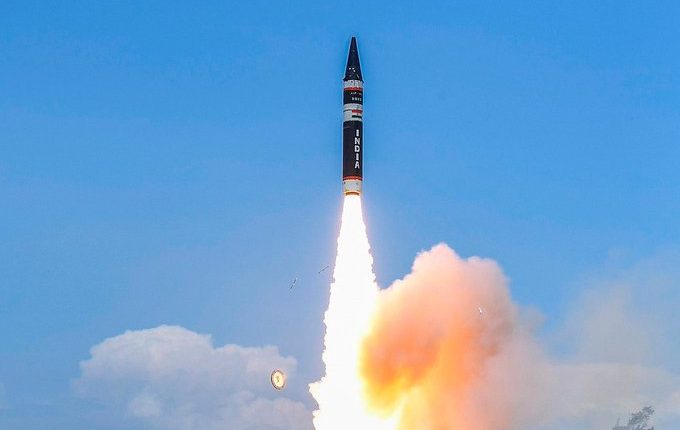 All test objectives were met and this third consecutive test established the accuracy and reliability of the new generation ballistic missile, Defence officials said, adding that the performance was validated using data obtained by many tracking systems, including radar, telemetry and electro-optical systems.

These systems were deployed at different locations along the flight path, including two down-range ships at the terminal point, and covered the entire trajectory, officials added.

The ‘Agni Prime’ is a two-stage canisterised solid-propellant missile with dual redundant navigation and guidance system and can be launched from rail or road, stored for longer periods and transported as per operational requirements. With MaRV technology, it can deliver multiple warheads at separate locations with a strike range of 1000 – 2000 km.

The first test was in June last year, with the second six months later – in December.