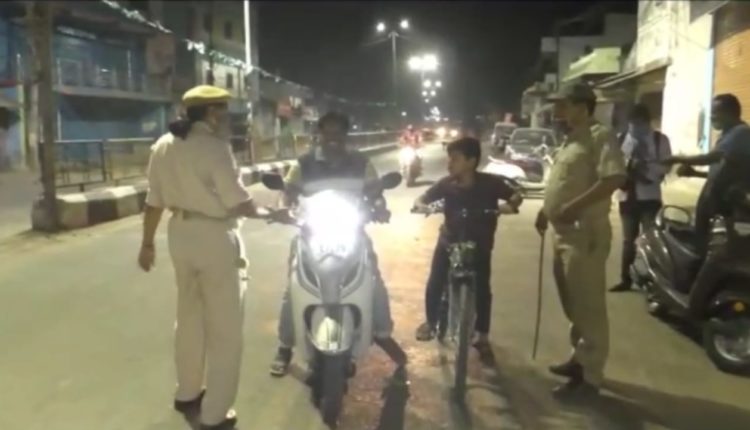 Bhubaneswar: Night curfew will return to Odisha with shutdown in 10 districts from 10 pm on Monday.

There will restrictions on the movement of vehicles and persons, except essential services, while shops, commercial establishments, offices and institutions will remain closed till 5 the next morning in Sundargarh, Jharsuguda, Sambalpur, Bargarh, Balangir, Nuapada, Kalahandi, Nabarangpur, Koraput and Malkangiri.

The decision assumed significance with COVID-19 rerun fears looming over the state following a spike in cases in the neighbouring states.

Eight of these districts – Sundargarh, Jharsuguda, Bargarh, Nuapada, Kalahandi, Nabarangpur, Koraput and Malkangiri – share borders with Chhattisgarh, which has turned into an epicentre of COVID-19 resurgence.

Also Read: Why Night Curfew In Only 10 Districts Of Odisha?

On Sunday, 67 per cent of the total 471 new cases reported were from these districts. Sundargarh, which has been leading the state’s tally for the past few days, recorded the highest of 85 cases.

The Odisha government has, however, refuted day curfew reports. The COVID-19 situation in the state is very much under control and there are no plans to impose day curfew in the state, the Special Relief Commissioner office tweeted.

• Staff of IT & ITeS companies on production of their ID cards

• Any person, in case of medical or other emergencies

• Movement of public transport, private vehicles and taxis (including cabs by aggregators like Ola, Uber, etc.) to and from airports, railway station and bus terminals/ stands/ stops, for facilitating the movement of passengers by air, rail and road.

• Operation of hotels and hospitality units, including their associated offices

• No pass will be required for the movement of the above category of persons.

• Valid travel documents/ authorisations such as airline/railway/bus tickets/boarding passes, with any identity proof will be adequate for the purpose.

• Identity cards issued by appropriate authorities of the establishments will serve as a pass for effecting the movement of employees of establishments under permitted activities.

• Patients and their attendants will be allowed to move with minimal proof of their emergencies.