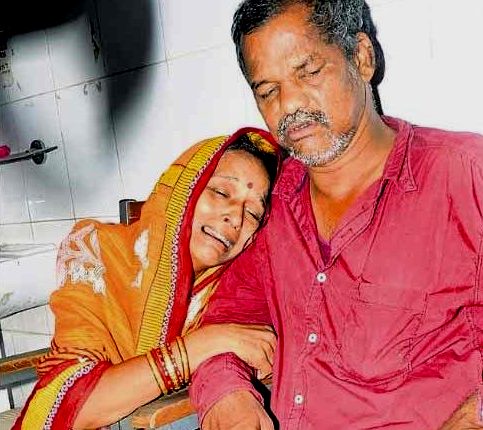 Bhubaneswar: Thirteen days after the arrest of Kishore Anchal alias Raja in connection with the murder of his girlfriend and nurse Niharika Patra, the parents of the deceased on Thursday filed a petition with the Odisha Human Rights Commission (NHRC).

Talking to mediapersons later, Nayak said some of friends and associates of Kishore were also involved in the murder of Niharika. “We have urged the Commission to direct the Odisha government to order a Crime Branch probe into the case to trace them and initiate exemplary action,” he added.

Kishore, who was arrested on September 21 on the basis of the CCTV footage and the interrogation of his friend Sunil Sahu, had admitted to have strangulated Niharika inside a room of a rented house at Chauliaganj.

Raja had collected the house key from Sahu on September 8 morning from his village Khelenda in Jagatsinghpur district. Later in the afternoon, he picked Niharika from MM Medicare Nursing home at Kalyaninagar in Cuttack and brought her to the house where he strangulated her. After her death, he put her inside a plastic sack and tied it to his bike and left for Biridi in the night. He dumped the body near Biluakhai river.

Miss Koraput Simran To Participate In Beauty Pageant In Indonesia

Happy Raja Trends: Know What People Have To Say About This…