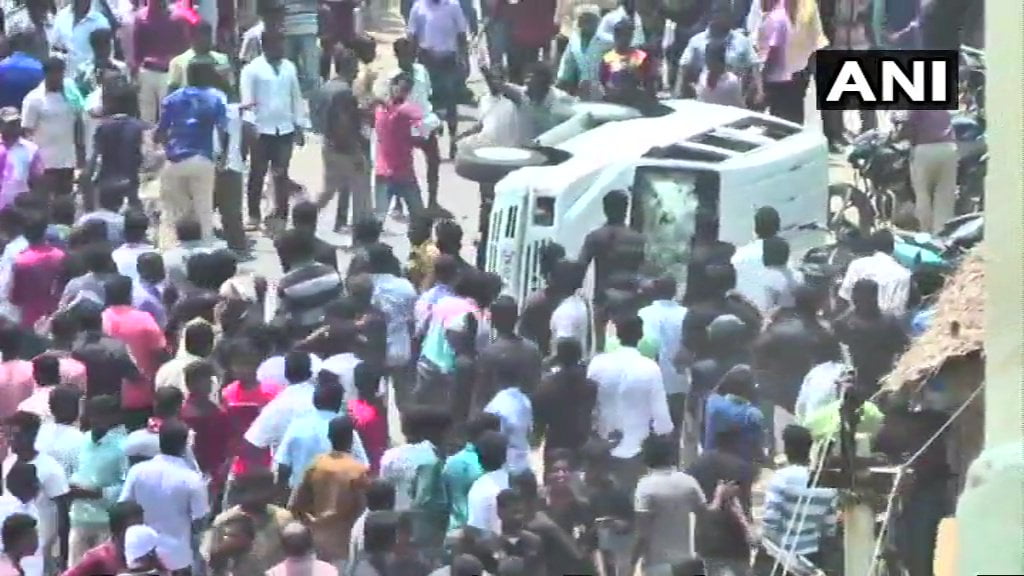 Chennai: Nine people were killed and more than 65 injured when protests against Sterlite industries turned violent in Tamil Nadu’s Tuticorin on Wednesday.

As per information, the protests, which has been going on for months, turned violent as the agitators clashed with police. The injured have been shifted to the Government hospital.

Tamil Nadu Chief Minister K Palaniswami confirmed the deaths and said the people were killed in “police action” which lead to “unfortunate deaths.”

“The police had to take action under unavoidable circumstances to protect public life and property as the protesters resorted to repeated violence… police had to control the violence,” the Chief Minister said in a statement.

“I was grieved to know nine persons were unfortunately killed in this incident.”

Announcing a compensation of Rs 10 lakh to the families of the deceased, the Chief Minister said he has ordered a judicial inquiry. A one-man commission under a retired high court judge will probe the incident.

He also announced a compensation of Rs 3 lakh to those seriously injured and Rs 1 lakh for people who suffered minor injuries.

Meanwhile, Congress President Rahul Gandhi took to Twitter and said the gunning down of nine people was a brutal example of ‘state-sponsored’ terrorism.

“The gunning down by the police of nine people in the #SterliteProtest in Tamil Nadu is a brutal example of state-sponsored terrorism. These citizens were murdered for protesting against injustice. My thoughts and prayers are with the families of these martyrs and the injured,” he tweeted.

Security For PM As Per Rule Books: Police Commissioner