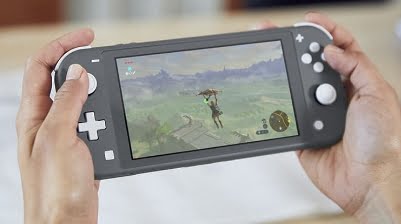 The Nintendo Switch Lite is cheaper than the main version and will be priced at Rs 24,999. It will be available from September 25. Internationally, it will be launched on September 20.

It will come in gray and turquoise colours. There will be a special Pokémon version, which will be launched on November 8. This will come in an off-white case and a Pokémon Sword and Shield.

It is powered by a customized Nvidia Tegra processor, has 32GB internal storage and a card slot for Nintendo Switch game cards. It comes with a 3,570mAh battery, which is expected to last over six hours.

‘People Friendly’ MLA Gets Down To Road Work In Odisha