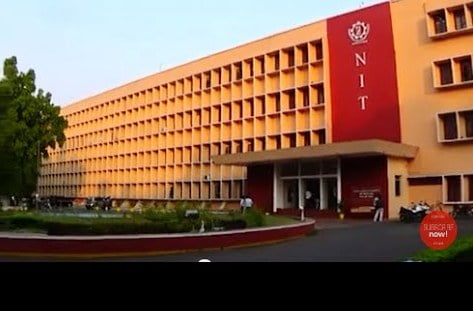 Rourkela: Three students of NIT-Rourkela have tested positive for COVID-19 this month.

One among them was found infected a day after President Ram Nath Kovind attended the NIT-Rourkela convocation on March 21.

The officials said that the students were in isolation during the visit of the President.

The student with a travel history arrived on the campus a week back and has been in isolation at an apartment since then. He was taken for a test on the fifth day of isolation and was found to be positive, NIT registrar Prof PK Das said.

The first case ( a student from Nagpur) was detected on March 10 while two more students tested positive for the virus on March 15 and 22.

Das said that the Rourkela Municipal Corporation has been requested to conduct RT-PCR tests of students arriving from the high-risk states of Madhya Pradesh, Maharashtra, Chhattishgarh and Gujarat.

Campuses in Odisha have been reporting positive cases in the past few days.

While 45 students and staff of Xavier Institute of Management, Bhubaneswar, (XIMB) were found infected, another 42 from two private institutes tested positive in Cuttack city.