No Change In Night Curfew In Odisha; DGP Warns People Of Strict Action For These Violations 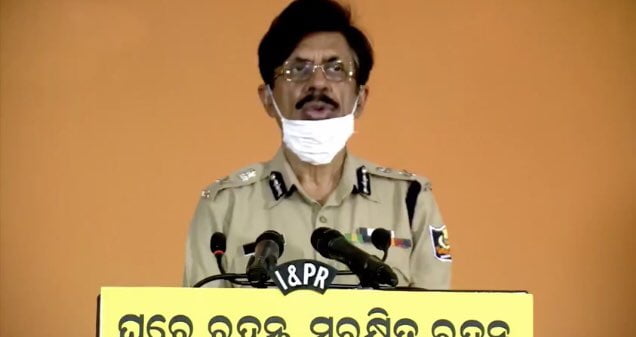 Bhubaneswar: Odisha DGP Abhay on Monday said that night curfew in Odisha will remain in force from 7 pm to 7 am instead of 9 pm to 5 am as announced by the Centre.

He said that people have become complacent in the past few days and enforcement will be very strict on wearing mass and social distancing in June, which is the most crucial phase in the fight against COVID-19.

“We have created enough awareness on this, and those deliberately avoiding use of mask will be booked under the provisions of Epidemic Disease Act and they can be arrested too,” he said.

The DGP said that people should strictly adhere to the social distancing norms. “The government has already issued SOPs for commercial establishments and shops. Not more than two customers will be allowed inside a small shop and the permitted number for bigger shops is five. So far, we have slapped fines in 14000 cases for such violations in Cuttack and Bhubaneswar,” he said.

To allow people resume their livelihood, the government has allowed some relaxations and these should be turned into recreational activities, he further said.

On the weekend shutdown in high-case-load 11 districts, the DGP said all shops, excepting those selling medicines, will remain closed. “There will be no movement of people. It will be strictly imposed,” he said.

He said large gathering will not be allowed except in case of funeral (20) and wedding (50). “It has come to ur notice that these are being held without permission and the restriction on people attending them are being violated. This won’t be tolerated any further,” he added.