No Kheer In Mannat Till Aryan’s Release From Jail, Gauri Khan Instructs Staff 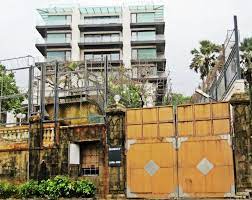 Mumbai: Gloom descended on Mannat, the residence of Bollywood superstar Shah Rukh Khan, since the arrest of his son Aryan in the drugs-on-cruise case on October 3. The verdict on his bail plea will be out on October 20, and the family is eagerly waiting for a positive outcome from it.

Meanwhile, Gauri Khan has issued a diktat to her staff that no sweets will be cooked in the kitchen until Aryan Khan’s release, the India Today reported.

The report said that she found that the staff cooking kheer for lunch on one of these days and immediately asked them to stop it.

“Like any mother, Gauri too is extremely disturbed and upset with Aryan’s arrest. From her end, she’s doing all that she can, getting help from her friends and well-wishers. In all the calls made to her, her message has been the same — ‘Please pray for my son’. Even though she’s not highly religious, Gauri has taken to praying day-in and day-out to seek help from the divine for Aryan’s release,” an insider was quoted as saying by the magazine.

The bail, which earlier seemed easy, has turned into a nightmare for the family.

Also Read: Was There Delay In Filing For Aryan Khan’s Bail?

The 23-year-old son has been in jail since October 8 after being in brief custody of the Narcotics Control Bureau (NCB).

Also Read: Mumbai Drug Bust Case: Why Aryan Khan Should Not Be In Jail?

Mannat is usual lit up on Diwali and Eid. And incidentally, Tuesday is Milad-un-Nabi, the birth anniversary of Prophet Muhammad.

4 More Succumb To COVID In Odisha

Amid Omicron Fear, Odisha CM Appeals People To Be Alert…