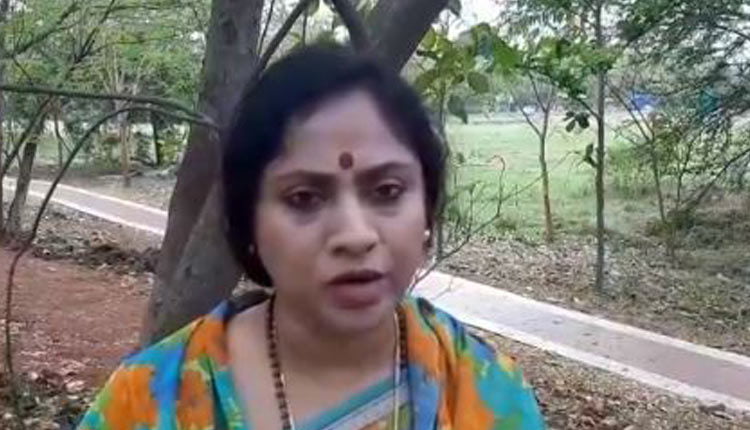 Bhubaneswar: BJP state general secretary Lekhashree Samantsinghar on Saturday tweeted about fake news attributed to her being circulated by a Facebook page and demanded action against it.

“Women should cook fewer items that means only rice and dal,” the Facebook page ‘Political Drama’ had quoted Lekhashree as saying in one of its posts as her reaction to the rising cooking gas price.

.@cpbbsrctc @CIDOdisha @DGPOdisha
This Facebook page “ପଲିଟିକାଲ ଡ୍ରାମା” is promoting fake and derogatory news against me. I have never made such statement. There is a disturbing trend of circulating fake news with intent to blackmail & extortion.
Request immediate action. pic.twitter.com/kEbU5aDM5l

The BJP leader, however, denied having made any such statement.

“I have never made such a statement. There is a disturbing trend of circulating fake news with an intent to blackmail and for extortion. I request immediate action,” Lekhashree tweeted.

She later told the media that lies are being spread to defame her. “I strongly condemn such attempts. I have tagged the DGP, Crime Branch cyber cell and Twin City Police Commissionerate in my Twitter post. I request them to treat it as an FIR. A probe should be conducted and stringent action should initiated against those behind it,” she added.

Results Of Sainik School Entrance Exam Declared; Here’s How To Get Your Marksheet