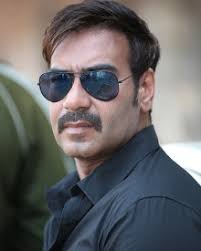 Bhubaneswar: Actor Ajay Devgn has opened up about his daughter Nysa being trolled on social media and about the rising paparazzi culture in India which children are not comfortable with.

Sometime back, Kajol and Ajay Devgn’s daughter Nysa was badly trolled, even body-shamed, for what she wore to an airport. The 14-year-old was wearing a blue long hoodie dress and the moment the photo was uploaded online, people started commenting on her looks, that she forgot to wear her pants etc.

Sharing that kids should not pay the price for their parents being famous, Ajay told Hindustan Times: “She is just a 14-year-old and I feel, at times, people forget that and talk rubbish. She was wearing such a long shirt and she was also wearing shorts. Now because of the length of the shirt, her shorts weren’t visible and the kid got trolled for that.”

The actor said that no child is okay with paparazzi and they want their space. “I don’t know what kind of people these are and because of them, we are paying the price,” he told the daily. “I request the paparazzi to at least leave the children alone. Why are they paying the price for their famous parents?”