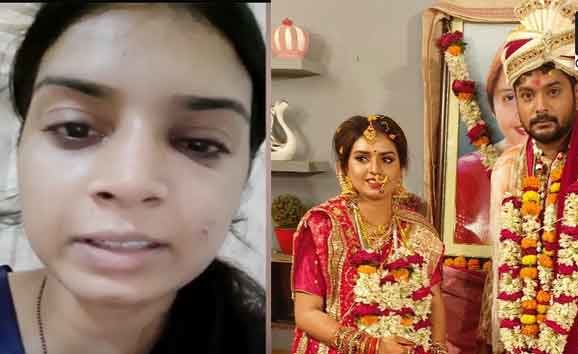 Cuttack: Bhumika Das, wife of the Odia actor Amlan Das, who fell into the Mahanadi river on Sunday while disposing of the puja items into the river, has urged the media not to defame her family and refrain from misleading the people about the incident.

Releasing a video on social media on Monday, she said as she was feeling weak as she was on fast for the Kali Puja on Saturday.

“Yesterday, I had gone with my husband to dispose of the puja items in the river. While disposing of the items, I lost my balance due to sudden head reeling. Unable to hold myself, I fell into the river after my feet slipped from the rock where I was standing. Soon after the incident, the media came up with a rumour that I was trying to commit suicide due to the disturbance in my family which is absolutely baseless,” she said.

Bhumika urged the media not to come up with such concocted stories to malign her husband and family.