FeaturedEntertainment
By Akshaya Mishra On Apr 26, 2020 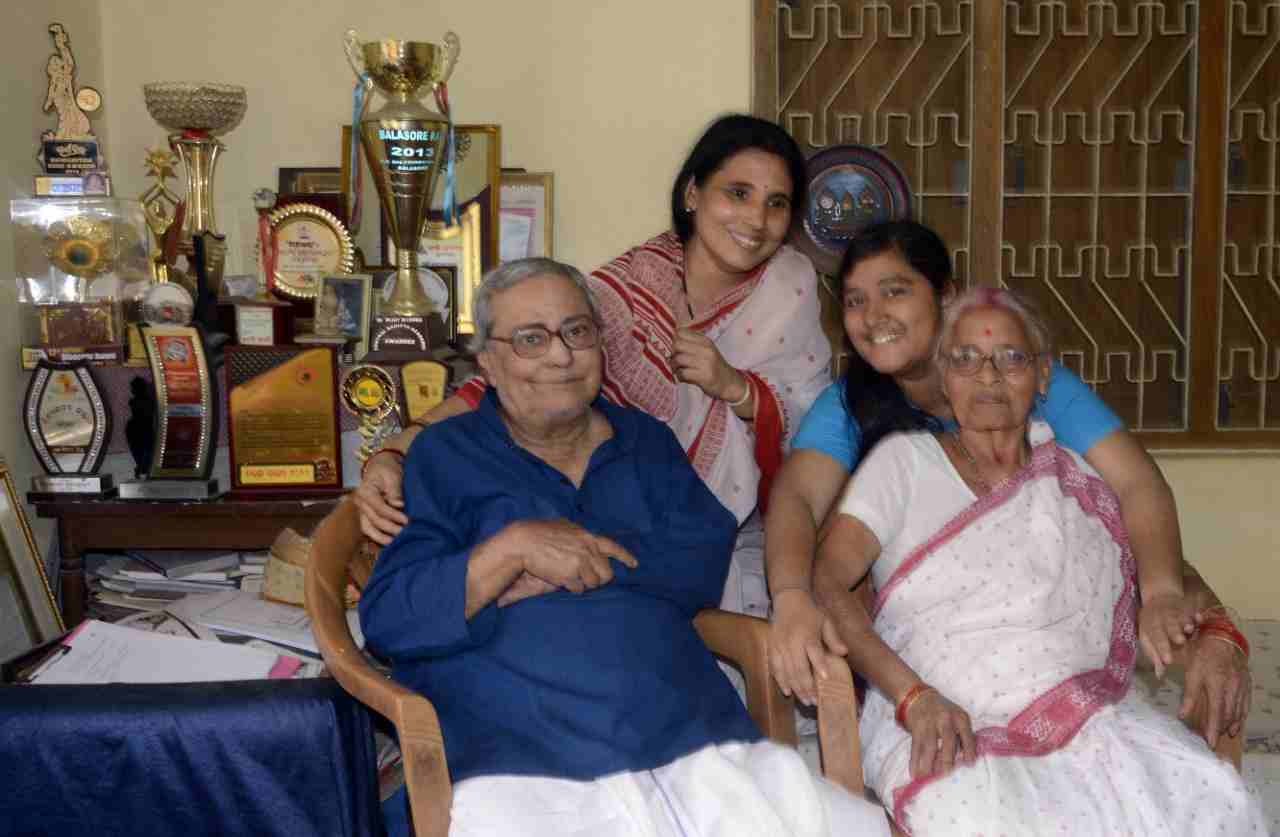 Noted dramatist, playwright and screenwriter Bijay Mishra breathed his last on Sunday at the age of 83. One of the pioneers of the theatre movement in Odisha, he had been keeping unwell for some time.

In a free-wheeling interview with Akshaya Mishra, the gifted wordsmith and winner of several awards, both at the national and state level, in December last year had expressed his disenchantment with Odia cinema. The same month he was conferred with the  prestigious Jayadev Award for his lifetime contribution to Odia film industry during the 30th Odisha State Film Awards. Excerpts:

Regional films elsewhere in the country are experimenting with new concepts. They are not afraid of exploring taboo areas such as sex and complex human relationships. Do you feel the Odia film industry has stopped being adventurous? If yes, why?

It is a fact that there is no experimentation with new concepts in Odia cinema. It is also true that there is no exploration of complex human relations. Producers and directors have stopped being adventurous with original ideas. They are happy to borrow from films of other languages. Good films are being made in other languages too. But our industry picks up the mediocre ones to do a copy-paste exercise. The number of releases has gone up to around 30 per year because of this, but quality has dipped.

Filmmakers in Odisha often blame lack of budget for the absence of quality cinema in the state. This is when low-budget experimental films have tested commercial success in Bengal, Kerala and Tamil Nadu. It means a good idea executed well will find an audience. Do we lack good script writers? Where is the problem?

Yes, there is a dearth of scriptwriters with exciting ideas and brave concepts. Most producers are interested only in getting quick returns on their investment. They lack the passion required for filmmaking. This is one reason why the craft of script-writing is in such a bad shape. Sometimes the producers demand a complete script in 15 days, which leaves no scope for research, which is important to bring depth and freshness to the subject. It is possible to offer quality even on a low budget.

Which factors, according to you, have led to the decline of standard in the industry? Please offer a holistic view, comprising all aspects of filmmaking.

There are many factors behind the decline in the quality of Odia cinema. The creative phase of the 1960s is long gone. Besides producers treating films solely as a commercial enterprise and general lack of talent and encouragement to produce goods scripts, there is hardly any exchange of ideas among the crew of films, the director and the producer. The pressure to make ready films within a short period is heavy. The producers don’t watch good movies from other states and world cinema, which limits their intellectual horizon. Obviously, quality takes a hit under such circumstances.

Educated Odias are averse to watching our own cinema. Would you blame them? What measures would you suggest to bring them back to theatres?

How can you blame educated people for not coming to theatres when we offer them poor cinema? They are already exposed to so much cinema through television and the internet. Our cinema had to offer them a new experience. In states like Kerala, Tamil Nadu, Bengal and Maharashtra low-budget films find good audience because they offer something interesting to the viewer. While their mainstream cinema is still mostly crass, they make some brilliant films too. We copy-paste elements only the bad ones. The trend is depressing. That is the reason I have distanced myself from the industry.

Would you say the decline in our cinema is a reflection of the general intellectual stagnation in our society?

I feel there’s a general decline in the intellectual culture. Not many outstanding literary works are visible these days. Perhaps this has to do with the decline in the culture of reading. Reading expands the mind and exposes one to new ideas. Not many in the film industry these days would be familiar with the works of Shakespeare, forget about those from playwrights of Russia, France and Germany.

Can the government help to stop flight of talent and production of better cinema in the state?

The government can only help with funds, but what about other aspects? It cannot improve quality. Good cinema requires creative talent and commitment. Things are such a state now that talent has to move out of Odisha to find recognition. There is little scope for gifted people to prove and establish themselves here. The government’s intervention in theatre has helped. But it cannot be said about our cinema.

Corona Notes: Getting Used To Staying At Home