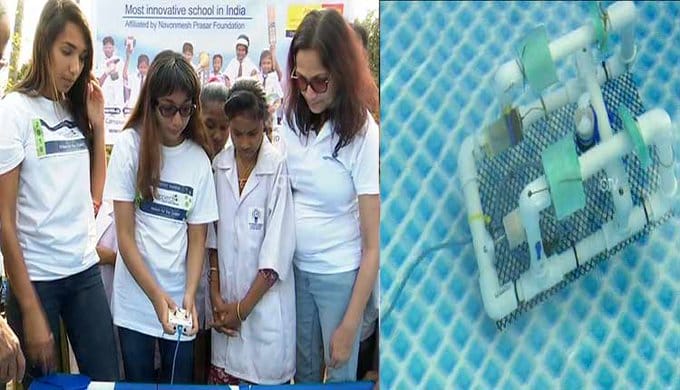 Bhubaneswar: Amidst rising global concern over the threat posed by plastic waste, Tanya Das from Odisha has developed a remote-controlled underwater robot that can detect plastic in water and clean them.

Tanya, a student of Class X, has always been fascinated with Robotic science since her childhood. She has developed this robot on her own.

In order to popularize the robot and spread awareness, Tanya and her sister, Tapashya Das, have kick started a campaign called “Motion for an Ocean” in Odisha.

As a part of the campaign they have trained the students of a public school at Bayalis Mouza in Cuttack district. Speaking to a local TV channel, Tapashya explained: “We are teaching the students how to build the robot and manoeuvre it to clean marine debris. By using the technology, they can solve a real world problem.”

Tanya and Tapashya’s campaign addresses the most significant need of the hour. The reply of one Madhusmita Behera to the tweet on the young scientist’s efforts “should be given priority by government” shows what the ‘powers that be’ need to do.

Now, Onions To Be Imported From Afghanistan; Fall In Price Remote!