Bhubaneswar/Pune: From asking fans to record themselves singing along to a song, to getting them to draw frames of films, there have been some really interesting crowdsourcing ideas that have emerged of late.

India’s first independently-created crowdsourced music video ‘Woh Bhi Kya Din the Yaar’ was released on August 2 on YouTube and will be released on audio platforms soon.

Made under the collaborative banner of Bankim Patel Music and BNR Films, the music video themed on friendship features photographs of 10,119 real-life friends crowdsourced from public.

Talking about the uniqueness of the music video, Odia director Biswanath Rath said: “Given the current scenario and the risk it poses, we didn’t want to shoot in any form. I was very sure of another aspect. I didn’t want to use stock images or footages, or make it yet another lyrical video. I suggested Bankim about crowdsourcing photos of people, photos of their funniest/craziest/best moments of school/college days.” 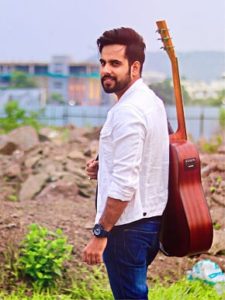 On the challenges of making the song during lockdown, young music composer Bankim said: “The lyricist of this song (Dimple Ahirwar) is from Madhya Pradesh. The music producer and sound engineer (Vishal Iyer) and our director (Biswanath Rath) are from Pune, whereas our editor (Prem Raja) is from Chennai. What I mean to say is that this current scenario of lockdown gave us a new opportunity to unlock our potential to create something beautiful even in such unfavourable circumstances.”

He added: “This song is also special because it caters to the emotions and memories of more than 10,000 people across the globe. We are really glad that we could bind everyone together in a music video and make them believe on the true meaning of friendship.”