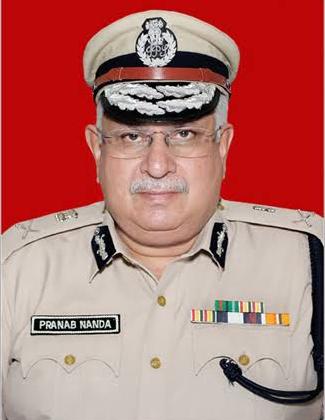 Bhubaneswar: Senior Odia IPS officer of 1988 batch and Director General of Police (DGP) of Goa, Pranab Nanda died of a massive heart attack in New Delhi late on Friday. He was 57.

Nanda had gone to Delhi on a leave after attending an official functions in Goa in the evening. However, he died late in the night, family sources said.

A recipient of Indian Police Medal of Meritorious Service, President’s Police Medal for Distinguished Service, Special Duty Medal for the hard area and 50th Anniversary of Independence Medal, Nanda was transferred to Goa on February 25 this year.

His is survived by his wife Sundari Nanda, a 1988 batch IPS officer who is the first woman DGP of Puducherry.