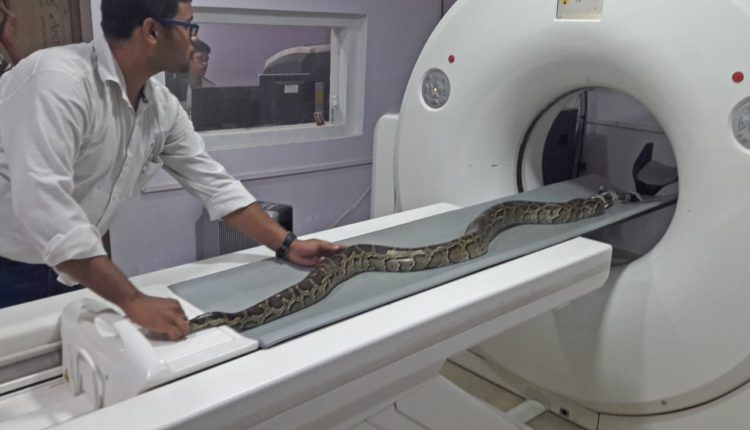 Bhubaneswar: Odia veterinary surgeon, Dr Biswdip Jena has ranked no. 1 in the general category in the national PhD entrance exam conducted by the Indian Council of Agricultural Research.

At present, Dr Jena is serving as an Assistant Professor of Veterinary Surgery and Radiology at College of Veterinary under Odisha University of Agriculture and Technology (OUAT) in Bhubaneswar.

Dr Jena has the distinction to conduct the first ever CT scan on any reptile in the country when he performed the medical procedure on a Burmese Python in 2017.

The python was discovered by forest officials in Anandapur in Odisha’s Keonjhar district with multiple injuries on its body and head.

After being handed over to Snake Helpline, Dr Jena conducted the CT scan on it at a healthcare clinic. The giant snake was made to stick to the table using an adhesive medical tape to restrain its movement.

“The scan revealed soft tissue oedema in the cranial region of python’s head,” the veterinarian had told Mirror after the procedure.

He claimed that this was the first time a scan had been conducted on a snake in the country as “the machines are very costly and an animal or a reptile can damage them”.

NTA To Hold Entrance Exam For Sainik Schools On This Date