Odisha, 4 Other States Account For 73.4% Of COVID Cases In July 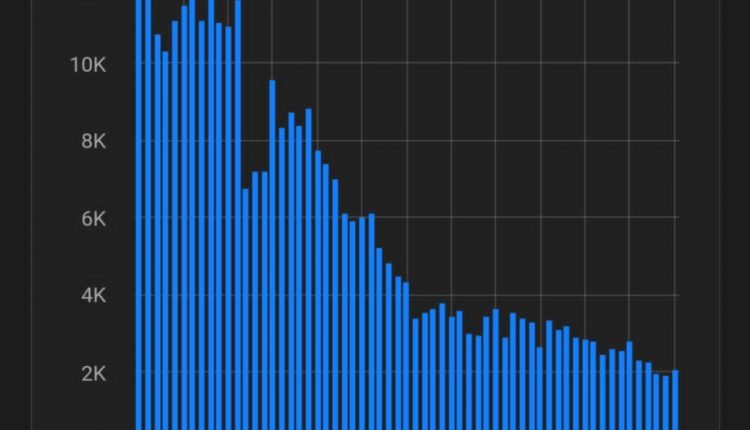 Bhubaneswar: Odisha is among the five states that have contributed to 73.4 per cent of the country’s total cases in the first two weeks of July.

Kerala has more than 30 per cent share in it followed by 21 per cent from Maharashtra. These states had contributed 17 per cent and 13.8 per cent respectively to the COVID tally in June before their share increased worryingly. This is being seen as a precursor for another wave. In the first 11 days of July, Maharashtra reported 88,130 COVID cases while Kerala saw 1,28,951 new infections.

While Tamil Nadu and Andhra Pradesh have improved their position since June, Odisha remains a concern as it accounted for 6.5 per cent of total cases in June and July as against 1.4 per cent in April.

According to the state dashboard, Odisha has added 29640 new infections between July 1 and 13. The test positivity rate has dropped below 3 per cent from 4.34 per cent on July 1. Three districts – Khurda, Cuttack and Puri – continue to be in Red Zone.

“This shows that the infection is getting localised in a limited geographical area requiring intensive containing,” said Joint Secretary, Health Minister, Lav Agarwal.

He lamented gross violation of COVID-appropriate behaviour at tourist spots and said that it could nullify the gains made so far in the management of the pandemic.

Notably, Prime Minister Narendra Modi will interact with chief ministers of Odisha, Tamil Nadu, Andhra Pradesh, Karnataka, Maharashtra and Kerala via video conferencing at 11 am on July 16 to discuss the COVID situation in the states.

Central teams have also been deputed to 11 states with a high infection rate to help their governments in COVID management.

Poor Net: Undeterred By Disability, He Rides Through Remote Villages To Teach Children