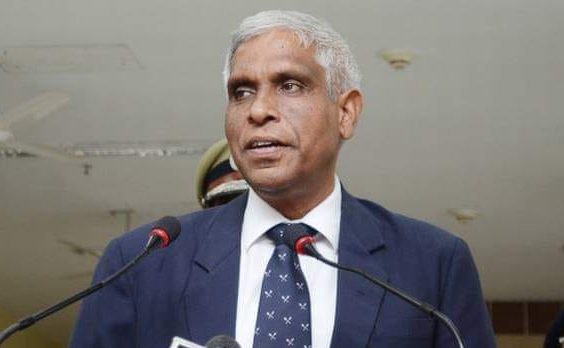 Bhubaneswar: Former DGP and BJP leader Prakash Mishra on Thursday said though the police have claimed to have identified Govind Sahu as the prime accused in school teacher Mamita Meher murder case and arrested him, they are yet to ascertain the conspiracy part of the crime.

He was speaking at the intellectuals’ meeting organised by BJP in the city to explain its justification in demanding the resignation of Minister of State for Home Dibya Shankar Mishra for his alleged link with Sahu and seek justice for the family of the slain teacher.

The former DGP said any crime investigation must include the conspiracy angle to determine what led to commit it. “Conspiracy behind Mamita Meher murder is still a mystery and is yet to be probed,” he said.

On the role of the minister, he wondered why he was kept out of the investigation and why he was not volunteering to be probed, particularly in the light of evidence that he used to visit Mamita’s college.

“Everyone should be brought under purview of investigation. If minister has not done any crime, why is he afraid of CBI probe?” the BJP leader said.

He also raised question on the role of prime accused Govind Sahu and the way the police handled him. “While he was in police custody, he was treated like a guest and even allowed to have a mobile phone in his possession. Such treatment of an accused in a murder case goes against the law of the land,” he added.

The DGP further said Govind’s escape from police custody and arrest a day later remain a mystery. “Besides, whatever happened during crime scene recreation, I have never faced such a thing in my tenure,” he added.