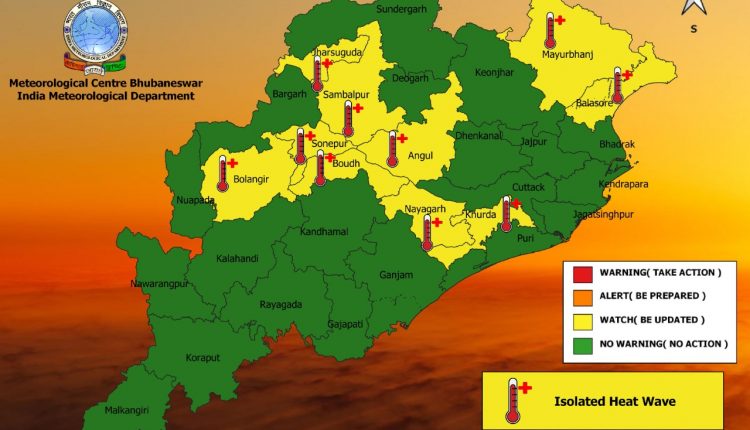 Bhubaneswar: The regional centre of India Meteorological Department (IMD) here on Tuesday said that the day temperature will remain 3 to 5 degree Celsius above normal at some places in Odisha between March 16 and 18.

Heatwave conditions are also likely at one or two places in Sonepur, Boudh, Balangir, Angul, Sambalpur and Jharsuguda on March 18, it added.

The Met Office has advised people of these districts to precautionary measures for hot weather while going outside during noontime.

Journalists Not Allowed To Attend Coming Session Of Odisha Assembly