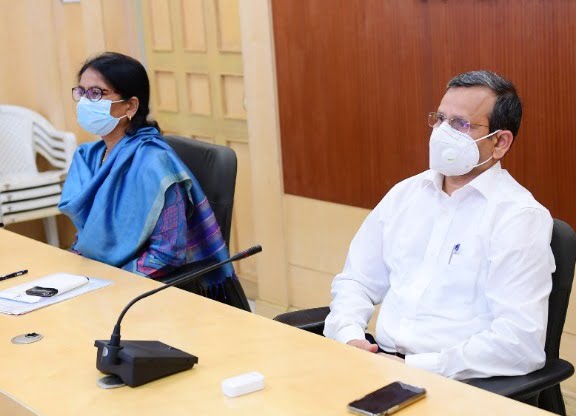 Bhubaneswar: After having achieved the ‘Top Performer’ and ‘Lead Investment Destination’ distinctions in 2020, the Industry Department is working towards transforming its single window clearance authority (SWCA) system.

At a high-level meeting held under the chairmanship of Chief Secretary Suresh Chandra Mohapatra in Lokseva Bhawan, Principal Secretary in Industry department, Hemanta Sharma presented proposal for the newer version of SWCA.

Mohapatra directed the department officials to make the new version more comprehensive and gratifying with end-to-end system – from receipt of the application to delivery of all services – so that investors do not have to run to any office physically for getting any clearance.

He also directed the departments concerned to designate a nodal officer for coordinating with IPICOL in development of the new online version.

About the new system proposal, Sharma said investors would submit all applications at one time through GO-SWIFT portal and there would be a single payment gateway for fees and Government dues.

Managing Director, IPICOL, Nitin Bhanudas Jawale said, “The new version will have an inbuilt system of ‘deemed approval’ after expiry of the maximum time limit for requested service or approval”. To this, the Chief Secretary directed to complete development of the portal in all respects along with its dry run by March-end.

GO-SWIFT portal of Odisha was conferred national e-Governance Silver Award in  2020 for excellence in process re-engineering and digital transformation.