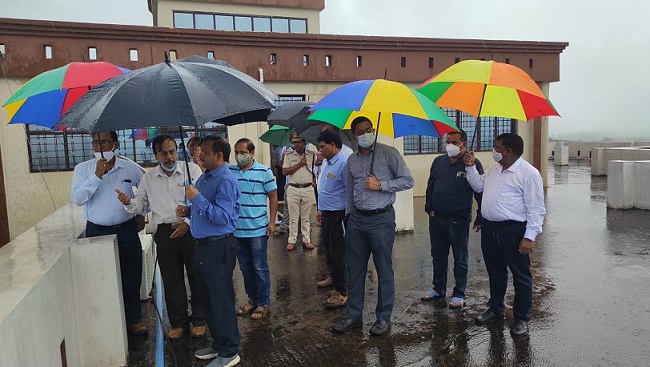 Bhubaneswar: Odisha Chief Secretary Suresh Chandra Mahapatra, on the second day of his visit to Keonjhar district, on Friday reviewed the progress of the Kanpur multi-purpose project over the Bramhani river.

NHAI engineers were asked to complete the bridge on the NH passing near the spill way of the project by the end of October this year.

Mahapatra set a target to complete the construction of the dam in all respects by the end of 2023. The Chief Secretary also directed field-level engineers of the Water Resources Department to prepare the week and month-wise work schedule and follow up those through expeditious implementation.

The field-level problems relating to construction of the dam, canals and resettlement were discussed and resolved.

Around Rs 2,438.29 crore will be invested in the project, which will irrigate 29,578 hectares of land in 244 villages in the five blocks of Champua, Jhumpura, Patna, Keonjhar Sadar and Joda.

Around 14.48 lakh people would be directly benefited by the project. Besides, the project will yield 4.2 MW of green hydro power.