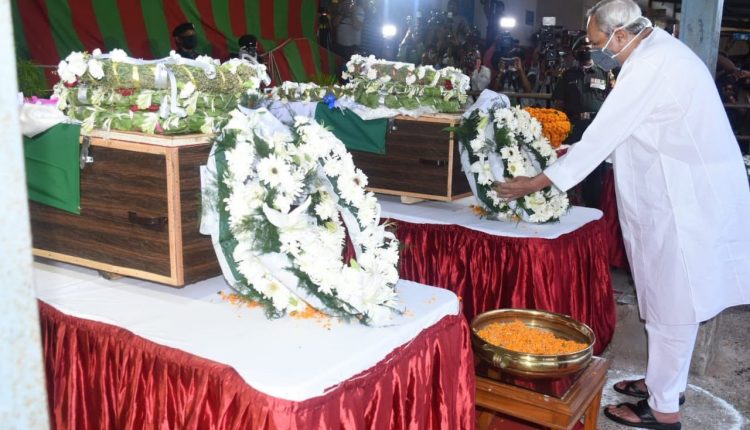 Bhubaneswar: Chief Minister Naveen Patnaik on Wednesday approved an increment in ex-gratia for kins of martyred Odia jawans to Rs 10 lakh from the existing Rs 5 lakh.

“Families of valiant military or para-military personnel, who give supreme sacrifice in war or in the battle against terrorists, will get Rs 10 lakh from the government,” a CMO release said.

Notably, the Odisha government has been rendering financial assistance to the families of the martyrs since the Kargil War. The compensation amount was initially Rs 1 lakh and it was subsequently increased to Rs 2 lakh in 2010 and Rs 5 lakh in 2012, it added.

‘Asani’ Developing Over Bay Of Bengal! Who Named The Cyclone & What Does It Mean?