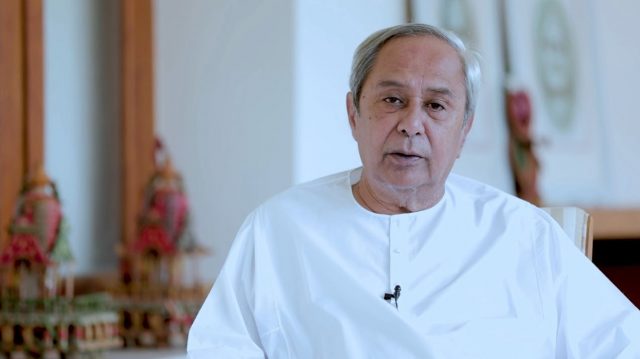 Bhubaneswar: In the wake of COVID surge in many countries and detection of China variant BF.7 in Odisha, Chief Minister Naveen Patnaik is set to hold a crucial meeting on Tuesday to review the situation in the state.

According to sources, the Chief Minister is likely to take stock of the peparedness to deal with any possible spread of the virus in the state apart from discussing the steps required deal with the situation.

A comprehensive strategy is expected to be worked out at the meeting to be attended by the Health and Family Welfare Minister, Health Secretary and other senior officials.

Preparedness at the hospitals, availability of beds and oxygen stock position will be reviewed at the meeting.

Senior officials of the medical colleges and district headquarters hospitals are also likely to be present at the meeting. Chief District Medical Officers (CDMOs) will also be taking part in the important meeting.

The government has already issued fresh guidelines on preventive steps against the virus for awareness of the people. Health Secretary Shalini Pandit took stock of the situation at a meeting on December 23 and emphasised on increasing the testing for the virus.

It may be noted that the state government has also decided to conduct mock drill on preparedness for COVID in all its district hospitals on Tuesday.

The mock drill will be carried out in all district headquarters hospitals, Rourkela Government Hospital and Capital Hospital in Bhubaneswar to ascertain necessary infrastructure and logistics and response of the service staff.

Stating that the government was prepared to face the situation in case of spread of COVID in the state, a senior official ruled out any grounds to panic. Reiterating that BF.7 variant was not as dangerous as made out in certain section of media, he said there has been no report of the spread of COVID from any part of the state recently.

Rangoli Mahotsav Held Ahead Of Dhanu Yatra In Odisha’s Bargarh