Odisha Corona Cases To Cross 1000-Mark By May 24: IIT-Delhi Model 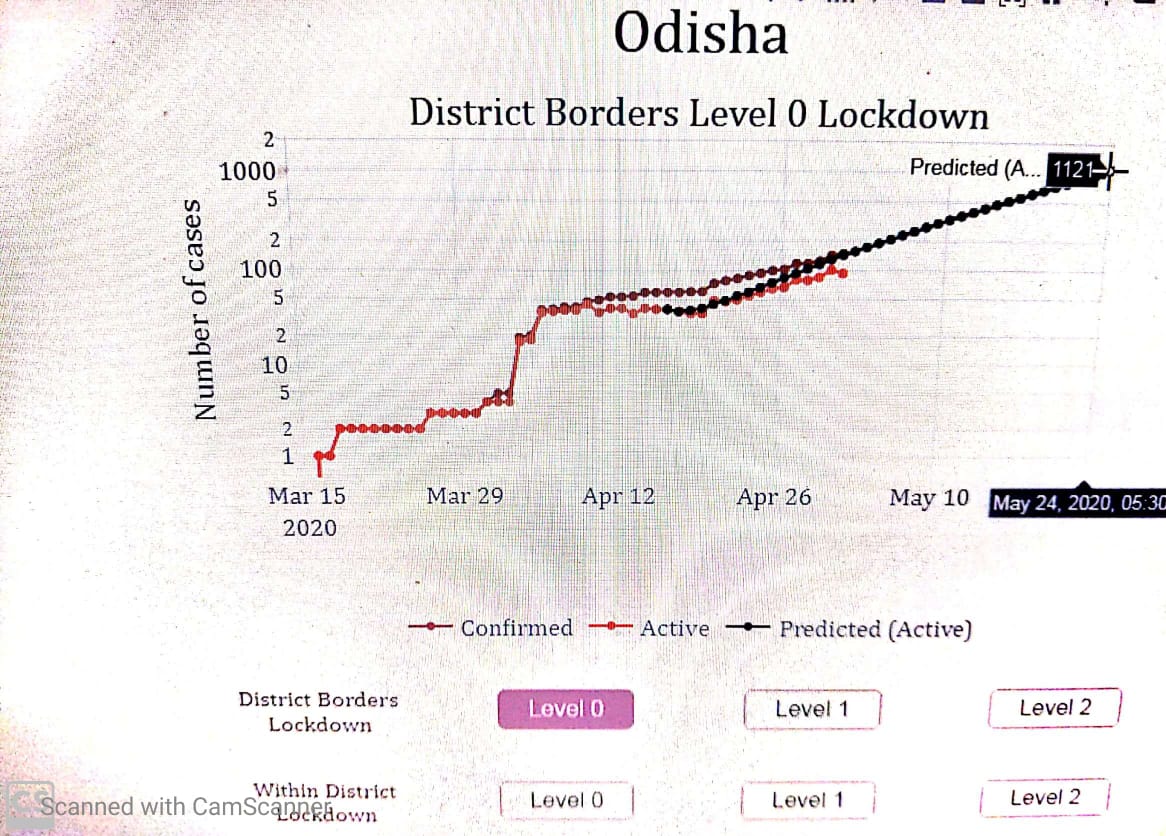 Jajpur had two cases as on April 16 and the district now has the highest number of 48 corona positive patients. The other districts that have contributed to the spike are Balasore, Bhadrak and Sundargarh. Bhubaneswar (47), however, has been able to contain the spread of the virus. The last one was reported on April 28 after a gap of 14 days. The virus has also spread its tentacles to four new districts -Keonjhar, Jhasuguda, Deogarh and Ganjam – in the last few days.

And if the IIT-Delhi PACRITI model is to be believed, corona positive cases in the state could cross 800-mark and touch 813 by May 24 with the lockdown in place. And if the state government allows unrestricted inter-district movement, the COVID tally could cross the 1000-mark (1121) on the same date.

However, there is every possibility of Odisha exceeding the prediction based on a recent mathematical model, namely, Adaptive, Interacting, Cluster-based, Susceptible, Exposed, Infected, Removed (AICSEIR).

The Reason: The IIT-D model had projected that the total COVID count in Odisha could touch 102 by April 30, but the number of confirmed cases stood at 143. And this gap between the projected and actual number has grown wider with every passing day.

There May Never Be A COVID-19 Vaccine, Just Like HIV & Dengue, Feel Some Experts