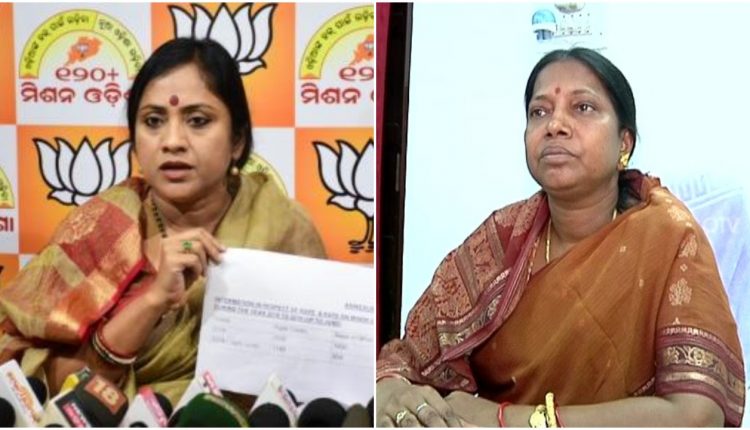 Bhubaneswar: The BJP on Tuesday said that the Odisha government has deliberately removed the Director General of Police BK Sharma to suppress the investigation into the death of Haridaspur PEO Smitarani Biswal.

Briefing the media here, BJP State Secretary Lekhasri Samantsinghar said, “When the involvement of some ruling party leaders in the murder case came to the fore, we realised why the DGP had given much priority to the case. We suspect that for this reason, the government has removed him from his post apprehending that the ruling leaders will be exposed if a thorough investigation is carried out.”

Alleging that the police and the Home Department are trying their best to protect BJD leaders despite their atrocities on women in the state, she said that the police have destroyed the evidence of this case at the instance of influential ruling leaders, ministers, MLAs and senior officials of Ramco Cement who have a close link with the highest office.

The BJP leader also said that while the Minister of State for Home has admitted in the State Assembly that out of the 1149 women raped in the first six months this year, 604 are minor girls, BJD spokespersons are shamelessly saying that all is well, the government is taking proper action and the police are doing their job. “There is no denying the fact that this government has utterly failed in providing security to women,” she maintained.

Commenting on the statement of the BJP, government chief whip and BJD spokesperson, Pramila Mallick said the saffron party while referring to the Smitarani case, should also make a statement on the cases of atrocities on women in Assam and Uttar Pradesh and tell the media about the steps taken by the government in these two BJP-ruled states to bring down such cases, which have assumed alarming proportions.

“Whenever any such an incident takes place in Odisha, the state government takes immediate action. The government has not tried to shield anyone involved in such cases. Besides, the state police are always vigilant to take stern action against the accused and give justice to the victims.