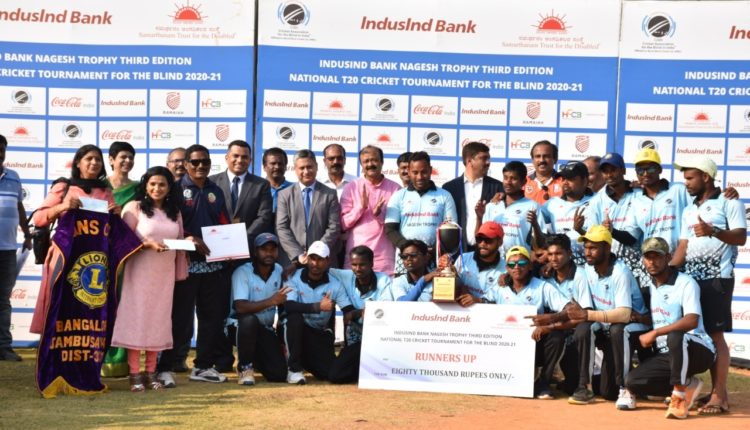 Bengaluru: Odisha team went down to Andhra Pradesh by 80 runs in the final of the third Nagesh Trophy National T20 Cricket tournament for the blind to bag the runners-up cup on Tuesday.

Winning the toss, Andhra elected to bat first and scored a massive total of 246 for three for Odisha to score in 20 overs. Odisha captain proved costly as he conceded 70 runs in 4 overs.

D Venkateswar Rao was declared man of the match and Prakash Jayramaiah the man of the series.

Home Isolation Rules Relaxed For Returnees To Odisha, But…