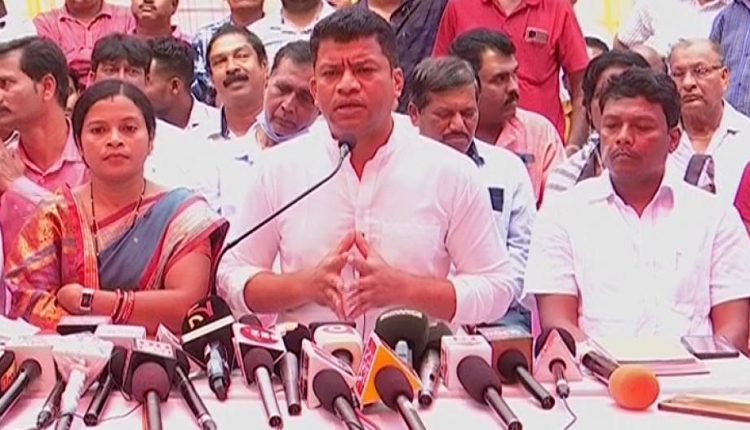 Bhubaneswar: Former Nabarangpur MP Pradeep Majhi, who recently resigned from Congress, on Sunday confirmed that he would be joining the Biju Janata Dal (BJD) soon.

Stating that he along with other ex-leaders of Congress will join the BJD, Majhi said that it had become practically impossible for him to carry out the developmental works in the undivided Koraput district while remaining about out of the system. “Our decision to join the BJD will help in resolving basic issues like education, health and other amenities here,” he said.

Sources close to Majhi said that he will join the regional party in Bhubaneswar either on October 28 or 29 taking into consideration the availability of the party supremo.

On October 22, the former MP had shot off his resignation letter to the party’s interim president Sonia Gandhi. Majhi wrote that he wanted to serve people while being in Congress, but the grand old party lacked enthusiasm.

While many see it as a jolt to Congress ahead of the panchayat elections, senior party leaders here pooh-poohed his resignation. Accusing him of being overambitious, Jeypore MLA Tara Prasad Bahintipati had said that he quit the hand party to avoid getting suspended. He further said that Majhi owes his political identity to Congress and had he enjoyed the public support, he would not have lost two consecutive elections.

Majhi had represented Nabarangpur Lok Sabha seat from 2009 to 2014 and but had lost the 2014 and 2019 parliamentary polls to Balabhadra Majhi and Ramesh Majhi of BJD.

Rumours had been doing the rounds for the past few weeks about Majhi eyeing a Rajya Sabha seat after allegedly being ignored by the AICC and talks were on with the ruling BJD over the same.