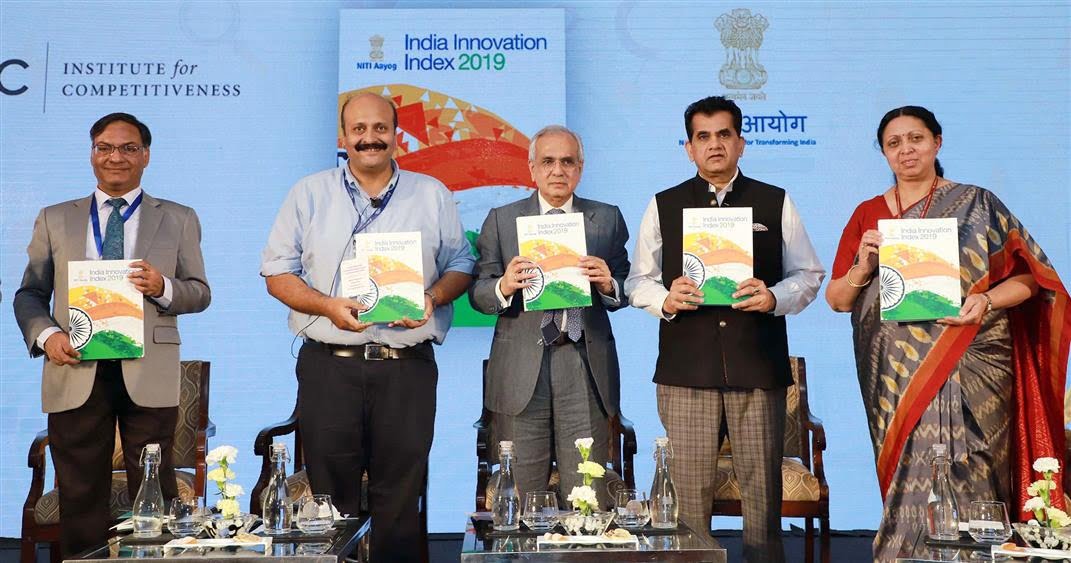 Odisha ranked 12th in the India Innovation Index 2019 released by Niti Aayog, the government’s think-tank, along with the Institute of Competitiveness on Thursday.

The first-of-its-kind study examined the innovation ecosystem of the Indian states and union territories.

According to the complete India Innovation Index (III), as provided by the Press Information Bureau, the states were ranked on their innovation capability, the challenges and opportunities that lie ahead for them and actions needed by policy makers to foster. It is on the lines of Global Innovation Index.

The states were bifurcated into three categories:

Karnataka was adjudged the most innovative among the major states, followed by Tamil Nadu, Maharashtra. The index showed that innovation ecosystem of the country was the strongest in South and western parts of India.

Among states, Chhattisgarh, Bihar and Jharkhand finished at the bottom of the Index, while Delhi, Chandigarh and Goa topped the list among union territories. Sikkim took the top spot among the North-Eastern and Hill states.

The idea behind the index, which has been developed over last one-and-a-half-year, is to analyse innovation at state level.  The index has been grouped under two major heads – Enablers and Performance. The index is based on seven pillars which include five Enablers and two Performance indicators.

The Enablers are the factors that underpin innovative capacities grouped in the five pillars:

The performance dimension capture benefits that a nation derives from the inputs, divided into two pillars namely:

Odisha scored 10th position in the Enabler ranking and 11th in Performance.

Amitabh Kant, CEO, Niti Aayog, said that India Innovation Index is another initiative that has been launched by the Niti Aayog to analyse and enhance the innovation environment at the state level in India. “Philosophy of naming and shaming states will help them to innovate,” he said.

“The index will be useful to states and union territories by bench-marking their performance against their peers to understand reasons for differential performance and devise better strategies towards creating an environment that fosters innovation,” he added.