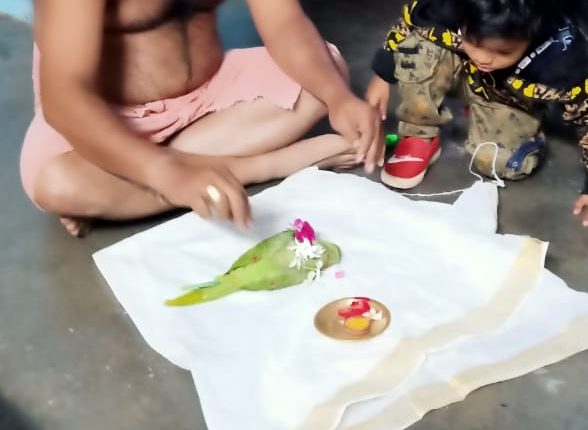 Nabarangpur: Nayak family of Umerkote in Nabarangpur district bid a tearful adieu to their pet parrot by performing its last rites.

Chumki, whom Damodar Nayak bought on October 29, 1884, for Rs 6.50, was treated like a family member. A companion for over 35 years, the parrot died on Thursday.

According to family sources, Damodar saw a man carrying three chicks while working in an agricultural farm in Umerkote. When he bought Chumki, it could barely open its eyes. Damodar and his wife Kamala have since taken care of it like their own.

Ram said on that very day former Prime Minister Indira Gandhi had come to Sanabharandi for the election campaigning. After giving some milk to Chumki, they had taken it to the rally.

“We will be following all the rituals that are performed after the death of a family member,” he said.

Bhubaneswar First Among Smart Cities To Be Child-Friendly