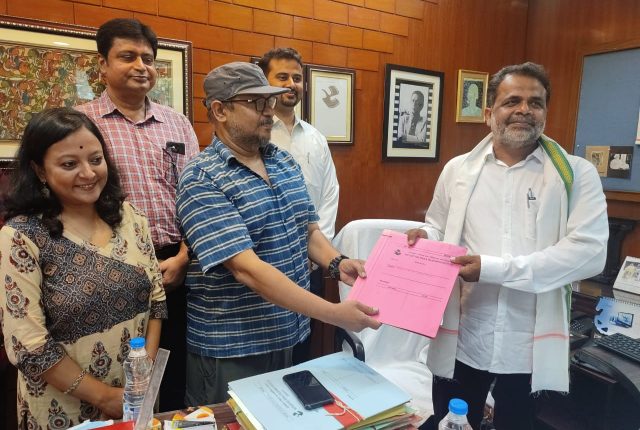 Speaking to media person after being welcomed by the staff of SRFTI on assuming the charge, Himanshu said, “The institute is dedicated to the development of film culture. Creating new talent will be my top priority.” He would try to make the the institute more people-oriented, he added.

Himansu was appointed as the Director of SRFTI in June after the approval of the Appointments Committee of the Cabinet (ACC).

The filmmaker is known for his national award-winning movies Sunya Swaroop (1996) and Kathantara, which were adjudged the best feature film in Odia in 2019 and 2005 respectively. He is currently working on ace sprinter Dutee Chand’s biopic.