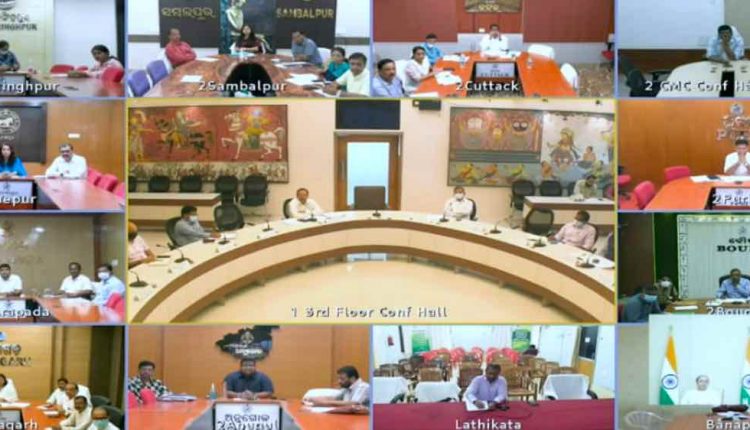 Reviewing the flood situation with senior officers and collectors of ten districts in the Mahanadi river basin, the Chief Minister emphasised that steps should be taken to ensure that not a single life is lost due to the flood. Major problems in communication should also be prevented, he said.

Noting that ensuring ‘zero casualty’ during any calamity has been the Government’s policy, Naveen said prompt measures should be taken to evacuate people from flood zone to safety to prevent loss of life.

He directed Chief Secretary S C Mahapatra and Special Relief Commissioner (SRC ) P K Jena to constantly monitor and review the situation in order to mitigate the plight of people.

Stating that ten districts located in the Mahanadi river basin are likely to be affected due to floods caused by torrential rains, the Chief Minister said the Collectors of these districts should remain alert and vigilant and take all necessary steps to deal with the situation.

While people must be shifted to safe locations in vulnerable low-lying areas promptly, steps should also be taken to provide them with necessary relief and other basic essentials, Naveen said directed all the departments concerned to quickly extend required assistance to the affected districts.

Hospitals and water supply and power supply agencies should provide uninterrupted services, while the Health department should make special arrangements for providing medical aid in affected areas, he said.

Similarly, Fisheries and Animal Resource department should take necessary steps for the safety and protection of livestock.

In case of damage to roads, prompt steps should be taken for repair and restoration work to prevent disruption in communication, Naveen said adding that the energy department should also take advance measures to ensure immediate restoration of power supply in the event of any disruption.

SRC Jena gave a detailed account of the flood situation and preparedness to deal with it at the meeting and said eight sluice gates of Hirakud dam have been closed and excess water was now being released through 26 gates to prevent any major flood in the Mahanadi river system.

Nine ODRAF, nine NDRF teams and 44 fire service units have been deployed in several districts, he said. While 11.75 lakh cusec water was now flowing in Mahanadi at Mundali near Cuttack, the administration in affected districts are in a state of high alert and ready to undertake evacuation, the CM added.

Panchayati raj institutions should also assist the administration, while river embankments are being monitored. Industrial establishments may be shut, if necessary, he said.

Chief Minister’s 5-T Secretary V K Pandian discussed the situation with Collectors of Sambalpur, Cuttack, Kendrapada and the CMC Commissioner. He was informed that the situation is now under control.