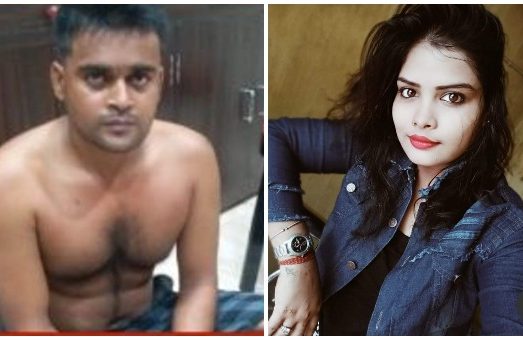 According to police sources, Manasi had attacked a builder and a businessman over an extortion deal. She came in touch with Sakhil while in jail in connection with a murder case in 2015 and has been working for him since then.

The notorious criminal seems to have been using ‘women associates’ to operate his crime syndicate from the confines of the Choudwar jail.  He was arrested along with two of his aides from Karempudi area of Guntur district in the neighbouring Andhra Pradesh in 2017.

To evade police scanner, Sakil then took the help of his girlfriends to assist him in operating the crime network from inside jail.

In 2020, police had arrested two of his girlfriends – Nikhat Nasim alias Resham alias Nasim (25) and Nasreen Khan alias Dezy (24) of Kesharpur – on extortion and firearms trade charges. They used to provide cell phones and were also found to be involved in preparing blueprints for several criminal activities.

Notably, Sheikh Babu, a close aide of gangster, was arrested b after an encounter near Barang-Chandaka Road, on the outskirts of Cuttack, in May this year.

Sakil was involved in the murders of Cuttack Malgodown trader Farooq and Sheikh Bazaar Sahi head Keshav Behera and bomb hurling incident at former OCA Secretary Ashirbad Behera’s residence. He and his associates had also hurled bombs at the house of Mohammad Sajaan, head of Kesharpur Sahi and fired at Sheikh Jalil at Manisahu Chhak near Cantonment Road.