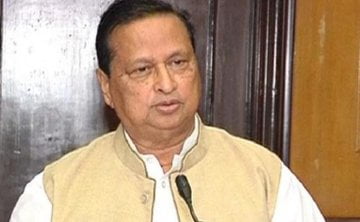 Bhubaneswar: The Congress on Sunday came down heavily on the Odisha government’s announcement of a Rs 17,000 crore package to create jobs for migrant workers who returned home from neighbouring states amid the COVID-19 lockdown.

Briefing mediapersons here, president of the Odisha Pradesh Congress Committee (OPCC) Niranjan Patnaik said prior to the meeting of the Council of Ministers and the State Cabinet, the Development Commissioner had provided details of expenditure to be made from the package on May 28.

“If the decision had already been taken, what was the need to convene the meeting of Council of Ministers? After all, who is running the government, the council of ministers or the bureaucrats?” Patnaik asked.

Niranjan also made a point on the treatment of COVID patients. He said when the state government claims to have set up COVID hospitals in most of the districts, why are patients rushing to Cuttack and Bhubaneswar for treatment?

Rubbishing the statement of the Congress leader, BJD Rajya Sabha member Subash Singh said the migrant workers will be benefited as the state government will provide them with cash. “The state government will ensure that these workers are provided employment in several sectors like pisciculture, animal resources, agriculture and cooperative, so that the state’s economy will revive with increase in production. This is what the Special Livelihood Intervention Plan is all about,” he maintained.

Saptasajya: The Seat Of Legends And Spot Of Natural Beauty In Odisha