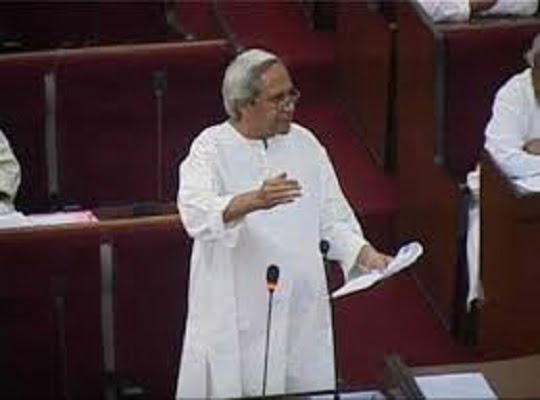 Bhubaneswar: Odisha had a special place in the heart of Mahatma Gandhi and the present government is totally committed to his principles and ideals, said chief minister Naveen Patnaik on Tuesday.

In his address to the Assembly on the occasion of the 100th anniversary of Gandhi’s first visit to Odisha on 23rd March, 1921, the chief minister said Mahatma visited Odisha eight times. During his visits, Gandhi had extensively travelled in different parts of the state and interacted with cross-sections of the people. He took many padyatras through which he became very close to the hearts of people of Odisha.

When Mahatma came to Odisha for the first time in 1921 Odisha was not a separate Province. When he came to Odisha for the last time in January, 1946, Odisha was nearly a decade old as a linguistic province. How the people of Odisha judiciously blended their linguistic, regional aspirations with the national goal was a brilliant case study, Naveen said.

“There is also an increasing polarisation and divisiveness globally. Gandhi’s commitment to pluralism and his message of tolerance and harmony is as relevant now as it was then. The Mahatma’s non-violent resistance is a spark that ignited peaceful movement around the world,” the chief minister said.

“As this august House pays its tributes to Mahatma, let me conclude by reminding ourselves the talisman Gandhi gave to us. I quote: I will give you a talisman. Whenever you are in doubt, or when the self becomes too much with you, apply the following test. Recall the face of the poorest and the weakest man whom you may have seen and ask yourself, if the step you contemplate is going to be of any use to him. Will he gain anything by it? Will it restore him to a control over his own life and destiny? In other words, will it lead to Swaraj for the hungry and spiritually starving millions?,” Naveen said.