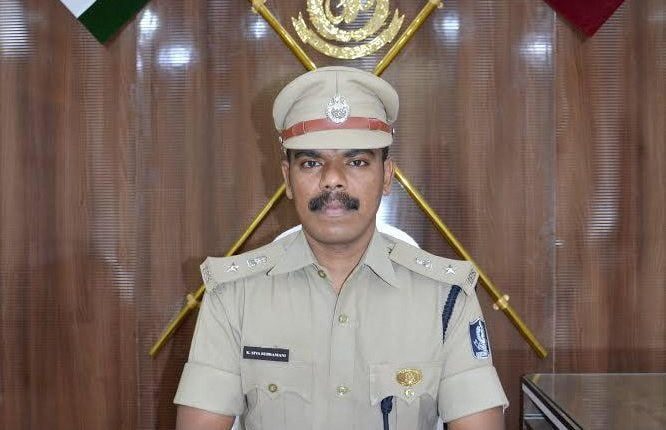 Bhubaneswar: Odisha-cadre IPS officer K Siva Subramani has been inducted as SP in the Central Bureau of Investigation (CBI) on a deputation basis for a period of four years.

The Odisha government issued a notification on Tuesday stating that Subramani, who is currently serving as Dhenkanal SP, has been relieved for central deputation.

“The services of Shri K. Siva Subramani IPS (OD: 2010) at present S.P. Dhenkanal are placed at the disposal of the Government of India, Ministry of Home Affairs for his appointment as Superintendent of Police in Central Bureau of Investigation (CBI) on deputation basis for a period of four years from the date of assumption of the charge of the post or until further orders, whichever is earlier and he is relieved of his duties in order to take up his new assignment at the Centre,” the notification read.

The 2010-batch IPS officer had earlier served as SP of Rourkela and Balangir.

A native of a resident of Neemur village in Tamil Nadu, Subramani served as a technician at the Central Railway Workshop at Tiruchi and worked as a supervisor of 30 buses before cracking the civil services exam in 2009 after five attempts.

34 Child-Friendly Police Stations To Come Up Across Odisha