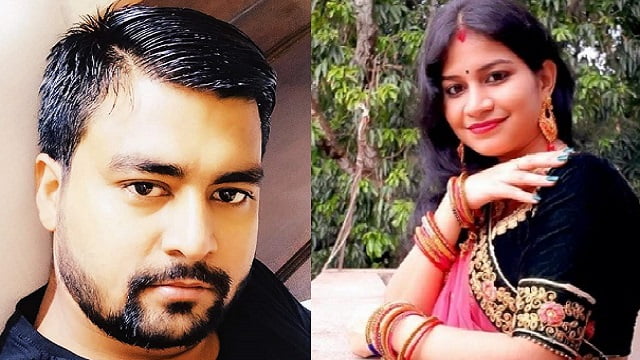 Bhubaneswar: A week after the gruesome murder of a married woman inside a house in Bhimtangi area of the capital city, Commissionerate Police have traced more than 150 photos and 30 video clippings from the seized mobile phone of the accused.

According to police, there is no obscenity in any photo or video clipping. The photos and video clippings relate to the colleges days of the accused Jagannath Pradhan and Priyanka Priyadarshini Sahu alias Rinki, the woman who was murdered.

Sources in the Commissionerate Police said after Priyanka’s marriage to Rakesh Sahu, Jagannath had started blackmailing her by sending these photos and video clips. Priyanka was frightened as the accused had threatened to make these photos and videos viral on social media. Taking opportunity of her helplessness, the accused used to talk with her for hours after her husband left the house.

Police also said although Priyanka deleted the photos and videos from her mobile phone, she could neither resist the audacity of Jagannath nor reveal his nuisance to her husband.

After remaining in touch with Priyanka for several months, Jagannath started visiting her rented house in the absence of her husband and left the house before his arrival. The investigation also revealed that the Jagannath used to extract money from Priyanka.

Trouble started in April last year when Priyanka’s husband started working from home during the lockdown. Due to the presence of her husband in the house, Priyanka did not respond to Jagannath’s phone calls. But, once the lockdown restrictions were eased, she was forced to answer his call but as she decided not to allow him to her house in the presence of her son, Jagannath took the extreme step, said police.

Did Priyanka have another boyfriend?

Meanwhile, police have begun an investigation into the love triangle involving Priyanka.

A friend of Jagannath told the police that Priyanka was in a close relationship with one Tapas of Brahmabarada College in Jajpur where she was also studying. Both of them are natives of Bandhadiha village. However, Priyanka had severed her relationship after she fell in love with Jagannath.

Also Read: Bhubaneswar Murder Case: Deceased Woman Was In A Relationship With My Son, Says Mother

A senior police official said it is not yet established whether Priyanka had renewed her relationship with Tapas after her marriage. He said that Tapas will not be brought under the purview of the investigation if his motive behind the murder of Priyanka is not established.

During a search of Priyanka’s rented house where the murder had taken place, police seized two knives. After committing the crime, the accused had hidden those in a polythene bag in which there was a packet of potato and kurkure chips and a cold drink bottle.

Police suspect that as the accused had come from Jajpur on a bike with his friend who had dropped him near Master Canteen area, he must have bought the two knives from a shop either in Bhimtangi, Palaspalli or Sundarpada area.

Police are now trying to locate the shop.