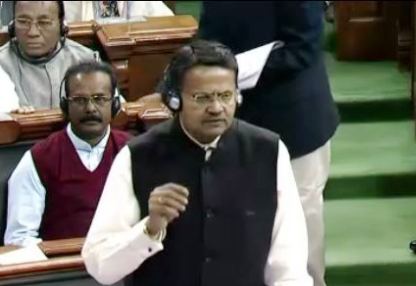 The government on Thursday introduced a Bill in Lok Sabha to repeal 58 old laws, which Union Law Minister Ravi Shankar Prasad said were a source of inconvenience and trouble for people.

Prasad said the Narendra Modi government has already repealed 1,458 old and archaic Acts and the move to scrap 58 more laws was a part of the same exercise, news agency PTI reported.

Opposition members accused the government of “rushing through” bills without giving lawmakers due time to study their content. The government, however, countered that the bill was discussed in detail by the business advisory committee, which has members from all major parties.

In this debate between the opposition and the ruling BJP, BJD’s Bhartruhari Mahtab came to the government’s rescue and said it has stuck to the agenda decided in business advisory committee.

Bills were distributed among members as a supplementary agenda by previous governments, something which has not happened yet, he said.

Odisha Govt To Form Single Board For Matric, Plus II