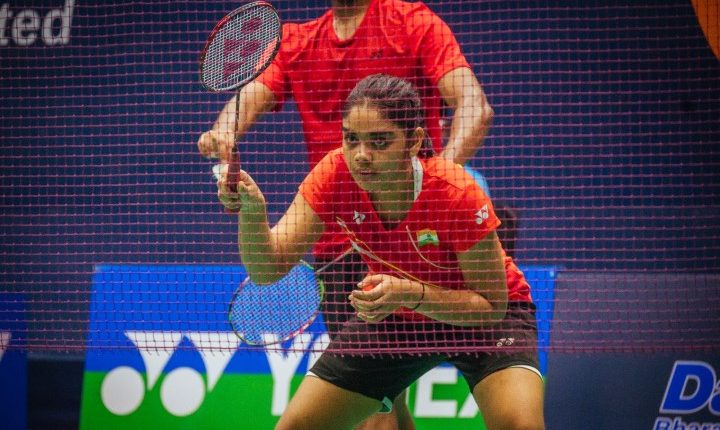 Swetaparna and Balkeshari surrendered the first game, managing only 13 points against fellow-Indians Ashith Surya and Pranjal Prabhu Chimulkar. But the Odia girl and her partner turned the match on its head to win 13-21, 21-12, 21-19 in 38 minutes.

Swetaparna and Balkeshari, who had received a walkover in the first round, will play another Indian pair Rahul Kumar Shah and Rudrani Jaiswal for a place in the semifinals.

In men’s singles, third-seeded Shubhankar Dey sailed into the last-eight stage with a straightforward 21-16, 21-14 win over fellow-Indian Rahul Yadav.

Indians dominated in women’s singles too, with Malvika Bansod, Samiya I, Farooqui and Ashmita Chaliha all advancing to the quarterfinals.

In the longest duel of Day 3, Ishika Jaiswal of US survived a marathon three-setter against India’s Deepshikha Singh. Ishika won 18-21, 27-25, 21-18 in an hour and 15 minutes to become the only non-Indian into the last eight.