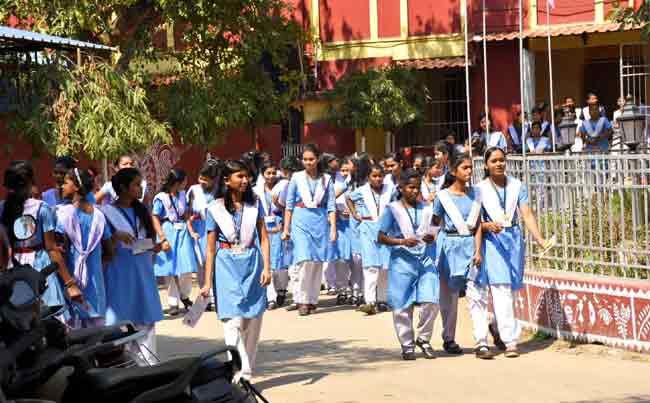 Bhubaneswar: The Odisha Abhibhabak Mahasangh has vehemently protested against the reopening of higher secondary schools from November 16.

In a statement, president of the Mahasangh Basudev Bhatt said while the Chief Minister on the eve of Durga Puja had advised the people to take extra precautionary measures against the COVID-19 during winter, the government spokesperson on COVID-19 Subroto Bagchi has also cautioned the people against the possibility of the second wave of the virus.

Coming down heavily on the notification issued by the Special Relief Commissioner (SRC) on the reopening of the higher secondary schools (from Class IX to XII), he said that the former has come up with such callous and irresponsible decision without consulting the parents, guardians and academicians.

He also said some states, who had reopened the schools recently, have again closed down the schools after some students tested positive for the virus. The Delhi government has already announced that the schools will remain closed until further orders.

Bhatt further said that though the Mahasangh has time and again urged the School and Mass Education Department to reschedule the academic session for Primary, Upper Primary and Higher Secondary schools in view of the COVID-19 pandemic, it has not taken any decision in this regard till date.

Condemning the decision of the government, he said while the state government has decided to close down religious institutions, cinema halls and meetings for the elderly persons on the pretext that they will not be able to strictly abide by the COVID guidelines, how can the teenage students be able to follow these guidelines if the schools are reopened? “While the police are finding it hard to take action against the COVID-19 violators in the market areas and busy thoroughfares, who will keep an eye on these students? Bhatt asked.