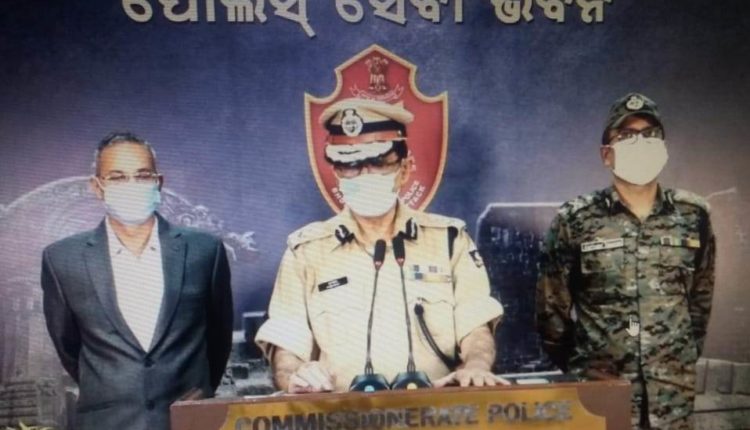 Bhubaneswar: Praising the bravery of Special Operation Group (SOG) jawans who neutralised two Maoist cadres in the cut-off area of Malkangiri district during an encounter on Saturday night, Director General of Police (DGP) Abhay on Sunday said that Odisha Police are determined to drive away the Maoists from the cutoff areas.

The DGP in a virtual press briefing at the Police Seva Bhawan (Commissionerate Police headquarters) here, said on the basis of a reliable information about the presence of Maoists, the SOG jawans had launched patrolling-cum-area domination exercise on Friday night in Singaram-Tentapalli area in Gajalmamudi panchayat under Jodamba police limits.

Located on the other side of Balimela reservoir, Singaram village is very close to Alampanka where a big incident had taken place a few years ago, he said. During the search operation the Maoists suddenly opened fire at the SOG team who retaliated. But, due to their superior training and tactics, the SOG team prevailed and Maoists fled the area after a brief exchange of fire.

“As it was not possible to continue the search operation in the night, the SOG personnel on Sunday morning began an intensive search operation and found two bodies of the Maoists. One was that of a woman. While the male Maoist has been identified as Area Committee Member, the female cadre is an important functionary as inferred from her dress and weapon that she was carrying,” the DGP added.

RTGS Facility To Be Available 24X7 From Tonight