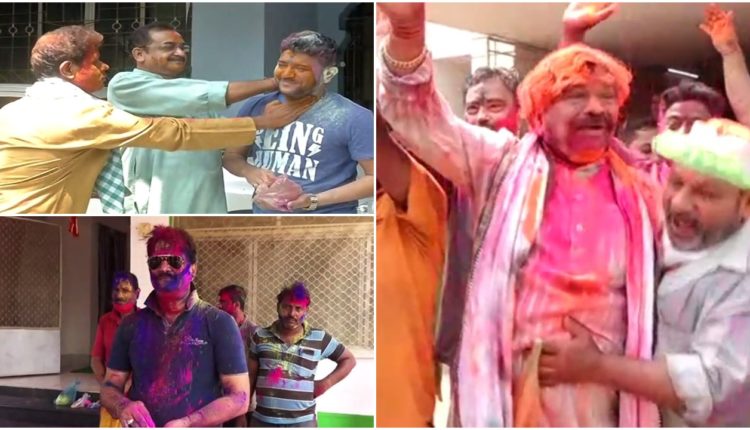 Speaking to the media, Routray said that the celebration continued to be a muted one for the second consecutive year because of the COVID-19 pandemic. “We are following the guidelines and have prepared bara, ghuguni, gupchup and sweets for a few people. It is a festival of brotherhood. People are coming in batches and playing colours here,” he said.

He exhorted people to come out of their houses and start working for the development of the state.

Routray also expressed confidence about Congress winning the Pipili bypoll. “People are frustrated with both BJD and BJP because of the price rise,” he added.