Odisha Sportspersons Who Made Us Proud! 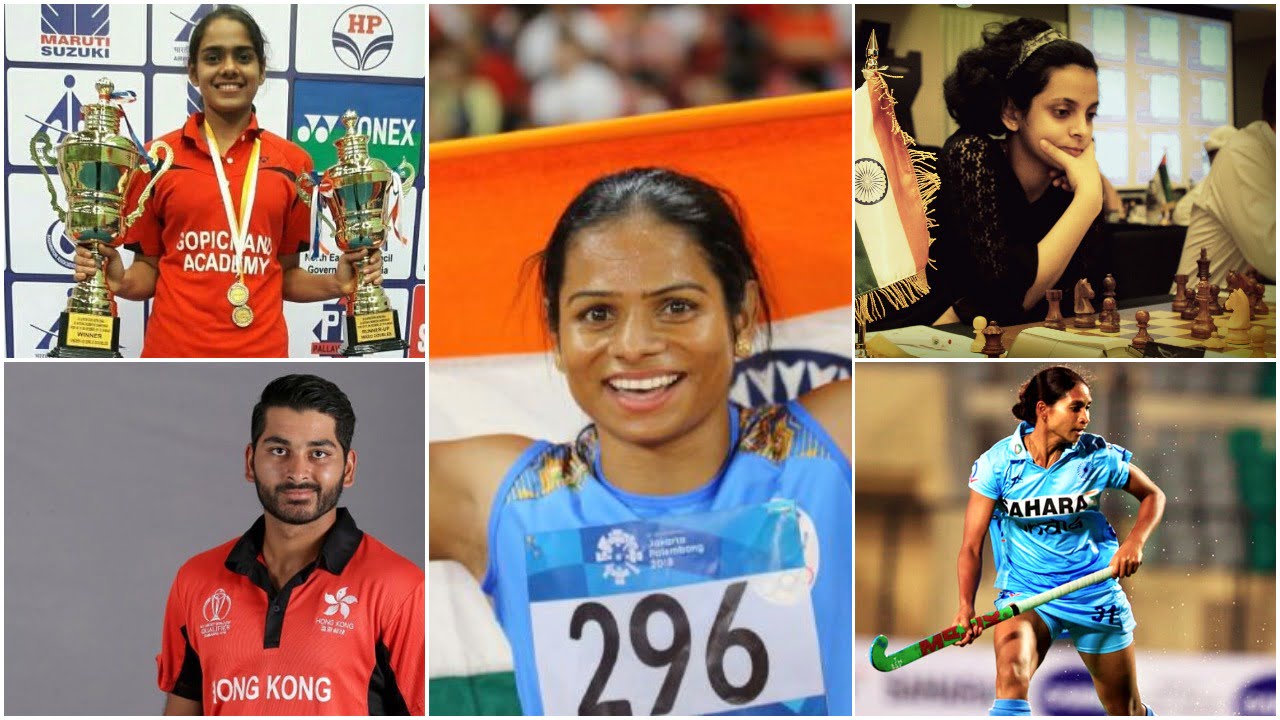 0
Share
Bhubaneswar: No other happenings in life perhaps bind people in shared emotion and passion as sports does. And what if the icon of the game is that little girl or a boy of your neighbour who wins the crowd on race track in distant land, smashes record and sets new benchmark. You regale in instant glory. You eyes well up with tears as she cries in joy; you cheer as she bows before the crowd wrapped in Tricolour.
Odisha Bytes celebrates the achievement of such local gems who have brought laurels to the state through their individual achievement. A big toast to their endurance on field, their grit and determination for success. Lets laud the true ambassadors of the State as curtains come down on 2018.
Dutee Chand
Silver queen and ace sprinter Dutee Chand won laurels for the state as well as for the nation by clinching two silver medals at the 18th Asian Games in Jakarta.
Dutee became the second fastest runner in Asia after winning silver in the women’s 100-metre on August 26, 2018 clocking 11.32 seconds. She lost gold by 0.02 seconds.

With her achievement, Dutee has become the first woman sprinter from Odisha to have won two medals in her debut appearance in a single Asian Games and the second in the country after PT Usha who had won the silver in 100-metre and gold in the 200-metre sprint in 1982 Asian Games in New Delhi.
Chief Minister Naveen Patnaik had presented her a cheque of Rs 3 crore for splendid show at the Asian Games.
Padmini Rout
International Chess Master Padmini Rout did Odisha proud by winning the gold medal at the Asian Continental Chess Championship at Makati in Philippines on December, 2018. She bagged the crown by securing seven points in nine rounds.
With the win, the 24-year-old chess master has qualified for the Women’s World Chess Championships scheduled for 2020. A commerce graduate from BJB College, Bhubaneswar, Padimini started playing chess at a tender age of nine.
Rutuparna Panda
Odisha’s shuttler Rutuparna Panda won her first international doubles title in Greece at Hellas Open Badminton Tournament on October this year. Rutuparna along with her partner Arathi Sara Sunil won the tournament by beating Vimala Heriau and Margot Lambert of France, 21-19, 21-12 in 50 minutes.

Rutuparna was a trainee in Badminton legend Pullela Gopichand’s Academy in Hyderabad.
Jayanti Behera
Sprinter Jayanti Behera has bagged two medals, including  a silver and a bronze, at Asian Para Games-2018 in Jakarta in October. Jayanti’s  left hand and waist were burnt in a fire mishap when she was just one-year-old. She is a native of Sakhigopal Gurukul in Puri district.

She had earlier clinched gold in 400-metre race at the World Junior Para Athletic Championships held in Nottwil, Switzerland, in August 2017 and also at the China Open Para Athletics Grand Prix.
Lilima Minz
Well-known woman hockey star of Odisha, Lilima Minz, received Ekalabya Puraskar 2018, one of the most prestigious sports awards of Odisha.
She received a cash award of Rs 5 lakh along with a citation at the Ekalabya Award function.

Lilima, and other Odia players like Sunita Lakra, Namita Tappo and Deep Grace, were part of the silver medal winning Indian women hockey team in the Asiad.
Lilima had represented the Indian senior team for the first time in 2011 during a four-nation tournament in Argentina. She completed her 100 appearances for the national team. She was also part of the squad that represented India in 2016 summer Olympics. She was also a part of the Indian team that won the gold medal Women’s Hockey Asia Cup after a gap of 13 years at Kakamigahara city in Japan on November 5 last year.
Anshuman Rath
Twenty-year-old Anshuman Rath, captain of Hong Kong’ is known as the country’s Mahendra Singh Dhoni. He participated in the Asia Cup, which was held in UAE. Having played in 16 international one-day matches, Anshuman has become a cricketing sensation in a short span of time. An opener, he made 143 runs in his maiden ODI century. He has one century and six half centuries in ODIs to his credit.

Anshuman’s parents had moved to Hong Kong from Odisha in 1990. He was born in Hong Kong and both he and his parents are citizens of the country.
Pappu Roy

Odisha’s slow left-arm bowler Pappu Roy stood out with the three-wicket haul for 45 runs, despite his team’s defeat in the second match of Deodhar Trophy at Feroz Shah Kotla in New Delhi on October, 2018.
Swarnalata Dalai

Bringing laurels to the state, Odia girl Swarnalata Dalai scaled Mount Everest on May, 2018. The 20-year old, began her mountaineering quest in 2015, when she was signed up for a mountaineering programme by Tata Steel in Uttarkashi region.
sport 2018
0
Share FacebookTwitterGoogle+ReddItWhatsAppPinterestEmail