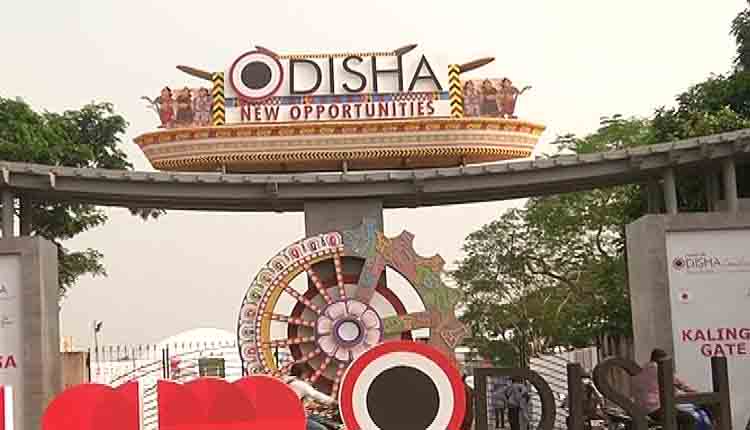 Bhubaneswar: Industrialisation has been a favourite buzzword in Odisha for quite sometime and 2018 was no different. If a plethora of projects were announced and investment intents running into lakhs of crores were proposed, Odisha Government also undertook a major skilling drive with a push for job creation.

All eyes, however, remained firm on the Make in Odisha Conclave in November. Chief Minister Naveen Patnaik held roadshows in Mumbai, Chennai and New Delhi in the run up to the event, holding one to one meeting with industry honchos including the likes of Mukesh Ambani.

Those present at the New Delhi gathering on September 12 remember how Ritesh Agarwal, son of the soil and poster boy of a successful entrepreneur, made a fervent appeal in chaste Odia to explore Odisha, understand its needs and invest with confidence.

1. The State made the most of the conclave, generating an investment proposal of over 4 lakh crore, spread across 15 diversified sectors and a potential of creating 5,91,000 additional jobs. About 37 proposals were inked in fertiliser, chemicals and petrochemicals segment with an investment intent of Rs 1.35 lakh crore.

2. At the Bhubaneswar Steel Conclave, 38 MoUs with Indian steel companies were signed which will reduce imports for the steel sector worth Rs 39,400 crore. Steel Minister, Chaudhary Birender Singh, said at the conference that in order to ensure that the MOUs signed today culminate into manufacturing of capital goods, a purchase preference policy to cover all purchases of steel products, including capital goods is being worked out by the Ministry of Steel.

3.In May, Tata Steel has announced its acquisition of Bhushan Steel (BSL) through its wholly-owned subsidiary Bamnipal Steel Ltd (BNPL). In a statement, Tata Steel said it has taken a controlling stake of 72.65% in BSL and paid the admitted corporate insolvency costs and employee dues, as required under IBC.

4. The State Government’s ‘Single Window for Investor Facilitation and Tracking’ (GO-SWIFT) portal got 500 investment proposals in just a year of its roll-out. The one-stop portal that tracks the complete life cycle of an investment, received its 500th proposal from Gurugram-based sanitary products manufacturer. “Due to significant ease of application and expeditious approval process, there has been a considerable increase in the number of investors wanting to set up their units in Odisha,” Principal Secretary, Industries Sanjeev Chopra said while attributing the success of the mission. Some of the leading companies whose proposals were received and approved by State Level Single Window Clearance Authority include Manpasand Beverages, ITC Foods, Apar Industries Ltd, Sri Malani Foams (a company from the house of Century brand of mattresses), Vedanta, JSW Cement, Gokul Agro and Jindal Aluminum among others.

6. Early in June, Pradhan also announced that work for the Rs 1,000 crore ethanol plant in Bargarh will take off soon. This would be India’s first second-generation (2G) Ethanol Bio-refinery of Bharat Petroleum Corporation Limited. The plant will produce ethanol from rice straw.

7. During his recent visit to the State, Prime Minister Narendra Modi flagged off the Rs 14,523 crore Purvodaya projects including two gas pipeline projects worth Rs 7,200 crore. The pipeline projects will benefit Odisha, AP and Telangana.

8.The State Government also suffered some reverses on its industrial drive. Leases of six mines were cancelled as the leaseholders failed to pay the penalty imposed on them for excess mining. The Government also scrapped the Rs 636 crore gems, jewellery, lifestyle and luxury goods park of Mehul Choksi-owned Gitanjali Group in the wake of the multi-crore PNB scam.

9. During the year, the State Government made a concerted effort in promoting skilling initiatives. The Asian Development Bank (ADB) said it will provide a USD 85 million loan to improve skill development eco-system in Odisha and establish an advanced skill training centre at Bhubaneswar. The project will help over 1.5 lakh people learn skills in priority sectors, including manufacturing, construction and services for formal employment.

10. Railways are a key pillar aiding industrialisation of the State. During the year, emphasis were laid on expediting ongoing project such as expansion of rail network, doubling of lines and electrification of tracks. And if sources are to be believed, the State Government would soon enter into an agreement with the Railways for the proposed multi-modal hub at Bhubaneswar railway station. The proposal will include a new railway terminal building, city bus terminal, public, theatre, art and children’s plaza.

Lockdown Relaxation For Some Shops In Odisha, Find Out More Here