Odisha To Experience Rain Till March 16 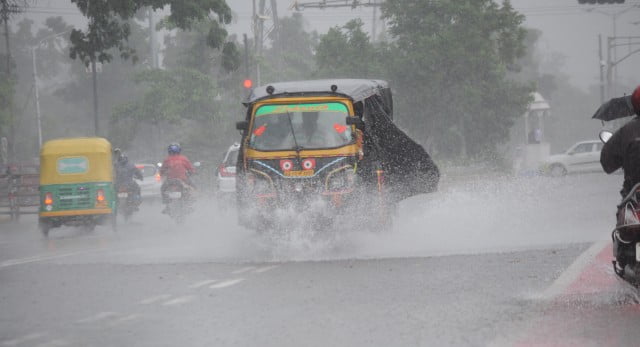 Bhubaneswar: With the rainfall forecast for 15 districts of Odisha on Friday, the India Meteorological Department (IMD) has said that the rainfall activity will continue for four more days till March 16.

“While an east-west monsoon trough runs from a cyclonic circulation over Pakistan and neighbourhood to north Chhattisgarh across east Rajasthan and north Madhya Pradesh, another monsoon trough from north Marathawada to south Tamil Nadu across interior Karnataka has stretched from east Vidarbha to south Tamil Nadu across Telangana and south interior Karnataka. Under its influence, there will be widespread rainfall in most parts of Odisha for four days,” the IMD said in a morning bulletin.

The two-day orange and yellow warning for thunderstorm with lightning, thunder squall and wind speed reaching 45 to 55 kmph issued by the IMD for the following districts is as follows:

The IMD has also said that the rainfall activity will continue for two more days with light to moderate rain or thundershower at a few places in Kalahandi, Kandhamal, Nabarangpur, Koraput, Malkangiri, Sundargarh, Keonjhar, Mayurbhanj, Balangir, Nuapada, Rayagada, Gajapati and Ganjam on March 15 and Mayurbhanj, Koraput, Malkangiri, Nabarangpur, Kalahandi, Kandhamal, Ganjam and Rayagada on March 16.