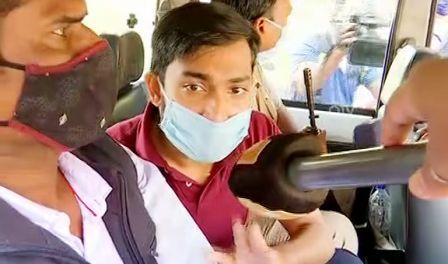 The court of the Special Judge, Vigilance remanded the accused to judicial custody at Jharpada special jail.

Talking to the media, Pathak alleged that a conspiracy was hatched against him. “I will provide all the evidence to the SIT to justify my innocence,” he added.

Talking about Akash, he said his son is still doing his job at Tata Motors.

On the contrary, Vigilance DSP Harishankar Pati disputed this. “The claim of Akash that he is working with Tata Motors is absolutely fake. There is no need to take him on remand again as the Vigilance SIT is investigating the case in neighbouring states,” the DSP said.

Disability Not An Impediment To The Creativity Of This Artist