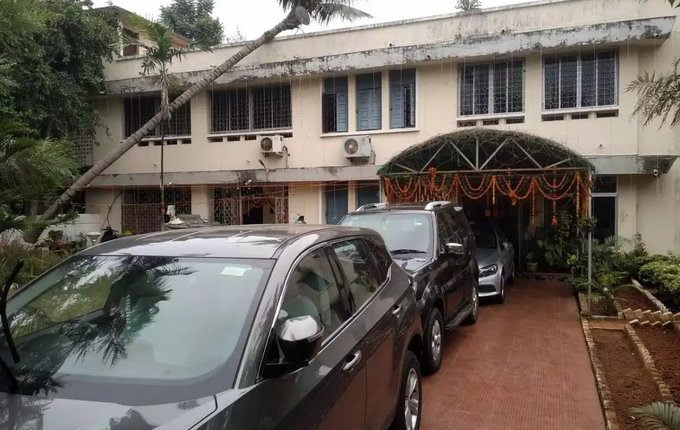 Bhubaneswar/Berhampur: A 10-member team of Odisha Vigilance officials on Tuesday raided the residence of suspended IFS officer Abhay Kant Pathak in Bhubaneswar, who has been arrested in a disproportionate assets case.

In a related development, the anti-corruption wing also begun the interrogation of Jumarat, the driver of the tainted IFS officer, and five bank officials.

Notably, Vigilance officials had traced deposits of Rs 9.4 crore in cash in the bank accounts of Akash Pathak, the son of the IFS officer. Of this money, Rs 8.4 crore was deposited at bank branches at Nayapalli and Saheed Nagar in Bhubaneswar and another branch in Berhampur.

The State Vigilance has formed a 20-member Special Investigation Team (SIT) to thoroughly probe all aspects of the disproportionate assets case. Additional SP Vigilance is investigating the case under the supervision of the SP and DIG, Vigilance Cell. This apart, the services of cyber and cell phone forensic experts are requisitioned to retrieve the mobile and computer data from the seized devices.

It may be mentioned that the Vigilance sleuths had conducted simultaneous raids at five places in Bhubaneswar, seven places in Mumbai and Pune and one place in Bihar on November 25.

Apart from the DA case, the Vigilance team will also probe into the complicity of the IFS officer in the embezzlement of lakhs of Compensatory Afforestation Fund Management and Planning Authority (CAMPA) funds in Mayurbhanj district on the directive of the Odisha Lokayukta and most likely interrogate some DFOs and senior Forest Department officials on this matter.

Meanwhile, a seven-member State Crime Branch (CB) team led by a DSP reached Berhampur to investigate into the alleged job fraud committed by Akash. Akash allegedly took huge amount of money from some persons on the pretext of providing them jobs in the Tata company posing himself as the managing director (MD) of the company. He reportedly studied in Berhampur.

Both father and son are now in judicial custody till December 9.