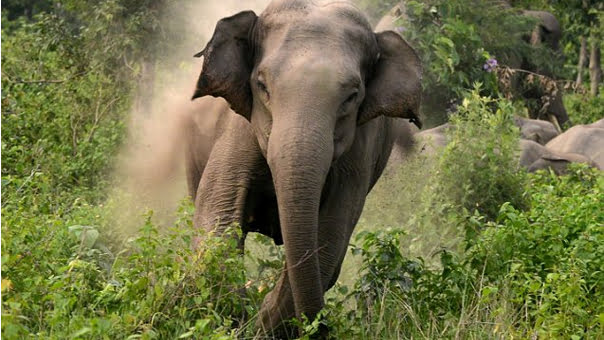 Balangir: An elderly farmer was killed by a wild elephant near Khairguda village of Kultapada Panchayat under Tusura police station in Odisha’s Balangir district.

The deceased has been identified as Machhu Mahananda (64) of Khairguda village.

According to reports, a herd of 10 elephants was moving in the area for the last few days. The incident happened on Monday night when the deceased was guarding his paddy field and drumming a local musical instrument to keep the jumbos away.

However, the elephants appeared all of a sudden and one of the wild animals attacked the farmer, leaving him dead on the spot.

Getting information, forest personnel rushed to the spot to take stock of the situation. As per the rules, Rs 10,000 was paid to the bereaved family as immediate compensation, said Forest Range officer of Balangir, Keshab Kishore Nayak.

Describing the incident as unfortunate, Balangir DFO Nitish Kumar said people are requested not to disturb the movement of elephants. Adequate compensation will be given for damage to property or crop as per law. Forest department is working round the clock to avoid such untoward incidents, he said.

According to official sources, a total of 18 persons have died due to attack by elephants in the district since 2009-10.

Here’s Goldsikka: India’s First Gold ATM, Insert Your Card And Get A Coin!