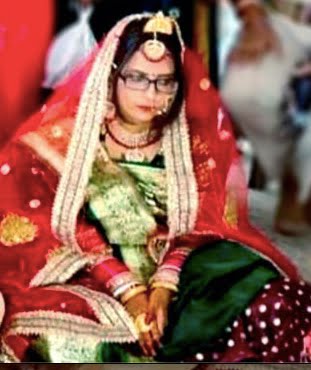 Balasore: A lover-turned-complainant tied the knots with an undertrial prisoner at Balasore district jail on Monday.

The bride had accused the groom of rape and the latter has been languishing in jail since his arrest on September 20, 2020.

According to sources, Debiprasad Mishra (32) developed a relationship with Nagma Parveen while they were working in the same company.

Debiprasad, a resident of Mantapada village in Rajkanika block of Kendrapada district, was the manager of Luminous Power Technologies in Balasore. Nagma belongs to Rupsa area under Basta police limits in the district.

After three years of courtship, Debiprasad expressed his reluctance to take their relationship to the next level amid pressure from family members, who were against a wedding with a girl from a different community.

Following this, Nagma lodged a complaint at Industrial Area Police Station alleging that Debiprasad had raped her.

Based on the complaint, the police arrested him on September 20, 2020, and he was then sent to jail.

Two months later, Nagma contacted advocate Prashant Nanda and filed a petition in a local court expressing her wish to convert to Hinduism.

She took the name of Mamuni Panigrahi and the marriage was then solemnised with Vedic rituals as per the instruction of ADJ (II), Balasore, Subash Kumar Behari.

Police, jail officials, lawyers from both sides, and family members attended the wedding.

The Orissa High Court in the case of G. Achyut Kumar v. State of Odisha (2020) held that “if a person engages in sex on a false promise of marriage than it does not constitutes rape within the meaning of Section 375 of IPC.”